“The Good Place” Has Been Renewed for Season 3 at NBC 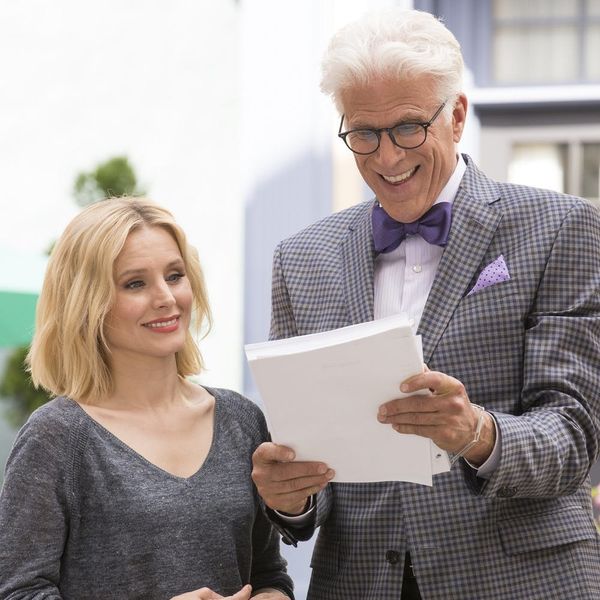 As networks announce the cancellations of current shows such as Nashville and Difficult People, it’s nice to hear some good news about renewals too: NBC’s The Good Place will officially return for a third season, according to Deadline. (Spoilers ahead for seasons one and two.)

Kristen Bell stars in the “afterlife comedy” as Eleanor, a woman who has accidentally been sent to heaven instead of hell and is trying hard to stay there. Or that’s what we thought — season one pulled off a pretty good twist ending that turned everything we thought we knew about the show, and Ted Danson’s character, an “angel” named Michael, upside down.

The series has been a critics’ fave and a ratings success since its debut, and has also managed to garner strong word-of-mouth praise and, with it, loyal new fans. It’s currently just over halfway through its second season, having aired the fall finale earlier this month, with a plan to return for the season’s final five episodes on January 4.

While Bell has previously stated that she’s committed to The Good Place for the time being, she also said that she’s determined to make a new Veronica Mars miniseries happen in the future too — no matter what it takes.

“If I have to do it as Murder, She Wrote at 80, we’re going to do it,” she recently told IndieWire. “It’s going to happen.” We’re obviously excited for more Mars to come to fruition, but we’re more than happy to be glued to The Good Place in the meantime.

Are you happy that The Good Place has been renewed? Let us know @BritandCo!