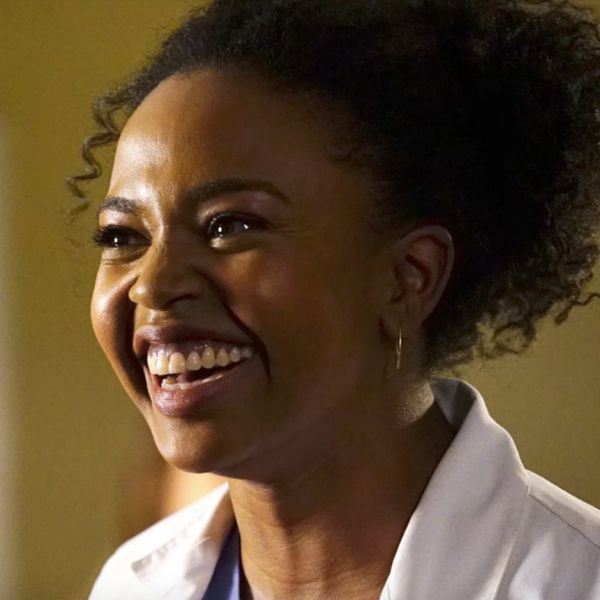 It’s review time on Grey’s Anatomy! I mean, we are nearing the end of the season, so emotions and tensions have to be running high, right? Minnick (remember her? We haven’t seen her for awhile, it’s okay) gave official reviews to her residents, but Ben’s review was less than stellar… which didn’t make Bailey happy. Why did Ben get the bad review? According to Minnick, he plays things too safe and takes the easy diagnosis. Minnick thought it was because of the risks he took last time that almost ended his career, and ultimately, she didn’t know where to put Ben for placement.

In patient news, a young boy named Liam came into the ER who needed help because he had been suffering from dizziness and headaches. Alex checked him out and felt like there was something wrong, but couldn’t do anything because he didn’t have consent from Liam’s parents — Liam didn’t even have any parents, as he was in the care of a social worker. But when Liam suffered another seizure in Alex’s presence, he treated him anyway.

"Can you help me Dr. Karev?" 😭😭😭😭 #GreysAnatomy pic.twitter.com/eEGGHZY6xa

Alex found out Liam had cancer and needed surgery right away, but once they found Liam’s parents, they didn’t want their child to have any more tests. They believed their son wouldn’t die because of religious reasons, but, yeah… the doctors weren’t buying that. Stephanie was so annoyed she gets snarky with the parents, which earned her a callout from Minnick. Minnick got curious enough about Stephanie’s attitude to look into her files, and noticed red flags once she realized Stephanie’s boyfriend had died at the hospital and she hadn’t taken any time for herself to recover. Minnick tried to talk to Stephanie with Richard, but he didn’t share Minnick’s concerned views.

We were excited by how complex things would become in this case if Alex used Minnick’s method AGAINST her. Protecting Steph. #GreysAnatomy

Minnick kept watch on Liam’s case anyway, and even allowed the child to go home because they had signed a waiver and everything. But Alex was less than happy with how the situation had been handled, and as it turned out, Liam wasn’t either. He came back the next day and asked Alex for help, because he knew he was in trouble — he had just lost his eyesight, a complication of the tumor on his brain. Alex took a risk, and decided to fake Liam’s results by saying he had another seizure so they would be forced to operate. Did Amelia have ANY idea Alex was acting without parent consent? Nope. You can’t really blame him, though. He wasn’t being reckless; he was just trying to help a kid he knew would have died otherwise.

Don't mess with Karev and his tiny humans. #GreysAnatomy pic.twitter.com/bJd9jNWJ3a

Of course, things went wrong when Minnick showed up in the OR, because she saw Liam’s name on the board and wanted to know why the parents changed their mind. Alex admitted he operated without consent, and you can guess how well THAT went over. Once the parents found out what happened, they threatened to sue the hospital, and Bailey was pissed at Alex because he had made a decision that could cause him to go to jail again. But according to Alex, it was worth it since Liam was going to live. And as it turned out, Alex had consent to operate after all, because Liam’s mother was the one that drove him to the hospital. Her husband didn’t know what she did, but Alex kept the secret.

Minnick ended up being right about Stephanie’s behavior — Stephanie lost control with Liam’s father and yelled at him, and totally lashed out. Minnick reported the incident to Bailey and Richard, recommending Stephanie should be suspended. Stephanie apologized for how she acted, but everyone agreed that she was no longer allowed to do surgery until she completed her counseling. As for the other doctors of Grey’s? Maggie finally lost a patient, when she promised a woman who had seen dozens of other doctors that she could remove her inoperable tumor. She failed, but at least the patient (Holly) didn’t seem too upset — at least this way she could go back to sleeping around before she died. Because, hey, why not, right?

A giant tumor is a littttleee hard to ignore. #GreysAnatomy pic.twitter.com/PRWc6yXe5B