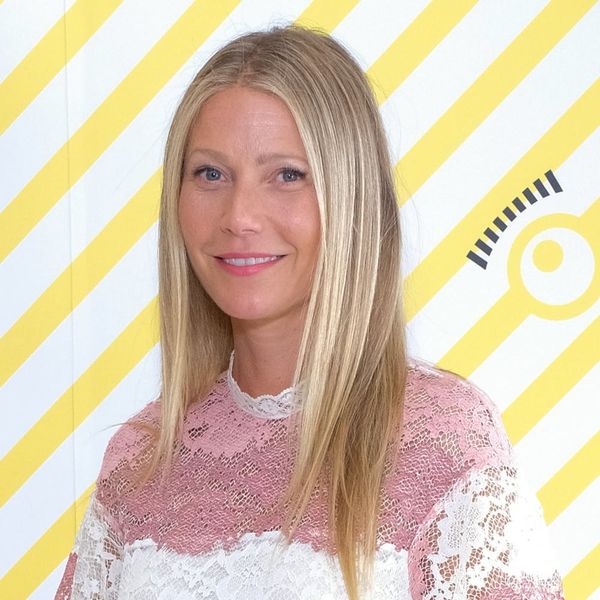 After multiple unsubstantiated reports over the past several months, Gwyneth Paltrow has officially confirmed that she’s engaged to boyfriend Brad Falchuk. She shared the happy news in this month’s Goop Magazine‘s Sex & Love issue, where she opens up about her super sweet — and surprisingly relatable — reasons for giving marriage a second shot.

“Personally, at midlife, I have tried to accept how complex romantic love can be,” Paltrow writes. “I have decided to give it a go again, not only because I believe I have found the man I was meant to be with, but because I have accepted the soul-stretching, pattern-breaking opportunities that (terrifyingly) are made possible by intimacy.”

The lifestyle guru goes on to say that Falchuk challenges her to communicate and to share a connection with someone in a way she never has before.

Paltrow and Falchuk first met in 2014 when she guest starred on Glee, the show he co-created and executive produced. They started dating following Paltrow’s 2014 split from Coldplay singer Chris Martin, with whom she remains close and amicable as they co-parent their daughter Apple, 13, and son Moses, 11.

Paltrow says in the magazine that her divorce from Martin, which was finalized in May 2016, caused her to feel ashamed for a long time after. “I’m actually the only one in my life who got divorced,” she admits in the issue. “This used to feel like a failure; it took me a while to reframe that divorce isn’t a failure.”

Now that she’s been able to move forward from the difficulties, she’s found happiness once again — and we couldn’t be happier for her. Congrats to the happy couple!

Have you ever been remarried? Let us know @BritandCo.