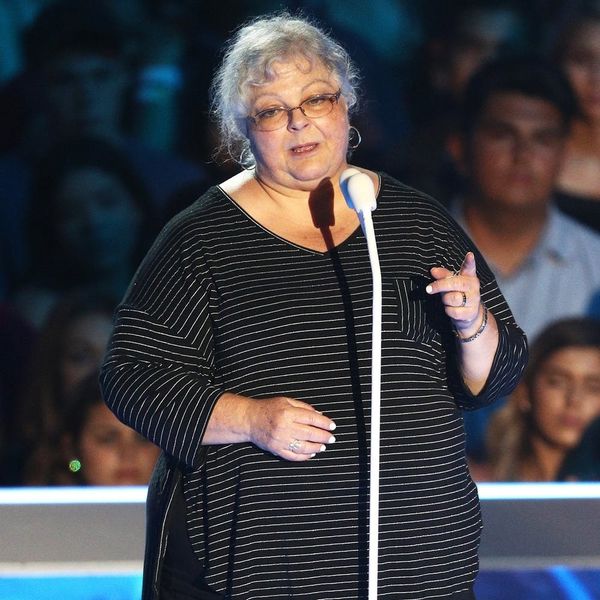 There were certainly some memorable moments during the 2017 MTV VMAs, like Pink’s sweet speech about her daughter when she accepted the Video Vanguard Award (the culmination of her VMAs evolution), and Paris Jackson’s impassioned plea to viewers to “resist” hate. But it was Heather Heyer’s mom and General Robert E. Lee’s descendant who made the most powerful statements of the night.

Lee’s descendant, a pastor, spoke first. After introducing himself, Reverend Robert Lee IV noted the connection between General Lee’s statue and the violence in Charlottesville. “We have made my ancestor an idol of white supremacy, racism, and hate,” he said. “As a pastor, it is my moral duty to speak out against racism, America’s original sin.” He went on to urge people of “privilege and power” to “confront racism and white supremacy,” saying, “We can find inspiration in the Black Lives Matter movement, the women who marched in the Women’s March in January, and especially Heather Heyer, who died fighting for her beliefs in Charlottesville.”

Lee then introduced Heyer’s mom, Susan Bro, who took the stage to announce the “Best Fight Against the System” winners and to share how she plans to carry on her daughter’s legacy. “Only 15 days ago, my daughter Heather was killed as she protested racism,” Bro began. “I miss her, but I know she is here tonight.”

Noting that “Heather never marched alone,” Bro announced the launch of the Heather Heyer Foundation, which will provide scholarships “to help more people join Heather’s fight against hatred.” Scholarships will be awarded to those seeking a degree or certification in (but not limited to) law, paralegal studies, social work, social justice, and education.

While there’s no information yet on how to apply for the scholarships, the nonprofit foundation is currently accepting donations from anyone who wants to be a part of Heather Heyer’s legacy.

What was your favorite moment of the VMAs? Let us know @BritandCo.

Desiree O
Desirée O is a ‘Professional Bohemian’ who loves anything and everything related to the arts, entertainment, and pop culture. She ADORES being a ‘Newsy’ for Brit + Co, covering all of the latest tidbits of awesomeness that you want to read about. When she’s not writing, she’s either making messy art, going on long adventurous walks with her camera, or poking around over at bohemianizm (http://www.bohemianizm.com/). You can find out about Desirée O and her work at http://DesireeO.com/ or follow her on Twitter @DesireeO.
VMAs
Current Events
VMAs