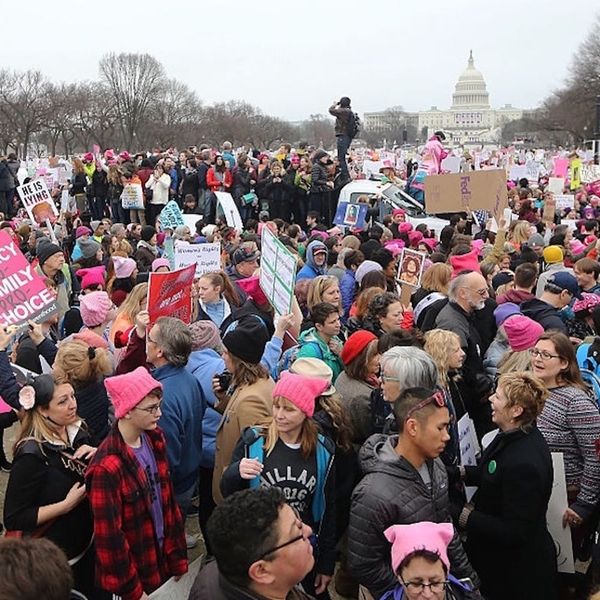 California Senator Kamala Harris said today at the Women’s March on Washington, “There is nothing more powerful than a group of determined sisters marching.” She wasn’t kidding!

Today’s protest has not only outnumbered yesterday’s inauguration crowds, but it is now officially the largest inaugural protest in history. According to the Associated Press, a Washington city official has estimated that the turnout for today’s Women’s March was upwards of 500,000 attendees.

Just to give you some context, it was about half that number — 250,000 — that participated in Martin Luther King’s March on Washington in 1963. The 1995 Million Man March drew 400,000. And not one of these prior movements were direct protests against the inauguration of a president.

What’s more, the DC march figures aren’t even factoring in the 600 sister marches happening across the country (and the world!) where women are speaking out for human rights. Police in Boston estimate 100,000 attended today’s rally and march. Chicago organizers are expecting 250,000 at their gathering. Estimates are surfacing that the crowd at Dag Hammarskjold Plaza in New York City is around 200,000. And photos are rolling in on social media from cities around the world like Dublin, London, Paris and Bangkok.

Are you at one of the Women’s Marches around the world today? Show us your pics by tagging us on Instagram @BritandCo or tweet us @BritandCo!