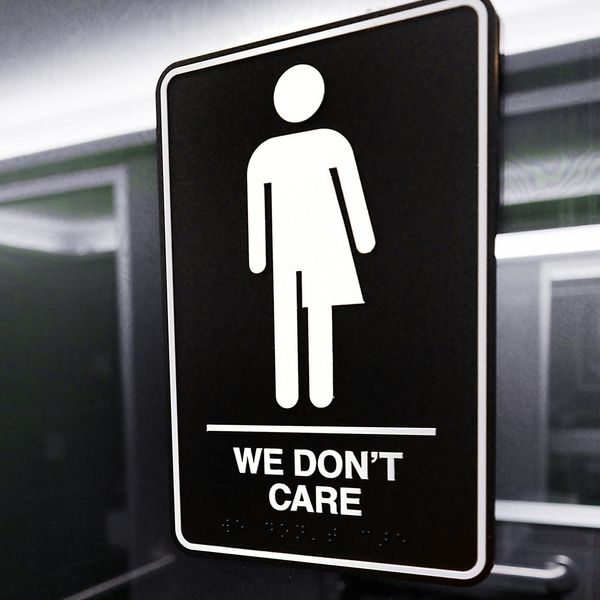 After President Trump tweeted in late July that the military would ban transgender people from service, the Pentagon waited for official word from the President on how to implement the request, since direct orders generally don’t come by way of social media. As of last Friday, however, President Trump issued a memo to Secretary of Defense General James Mattis to sort out the best plan of action to removing trans service people from the military, leading many to believe that their time had come.

Late Tuesday night, however, Mattis announced that for the time being, trans folks in the military would not be removed from active duty. However, his announcement is more complicated than it may seem, as he has not clarified whether the ban is only temporarily on hold, or permanently finished.

As Slate points out, Mattis is not going out of his way to discredit or disobey the President’s memo from last week; what he is doing, in fact, is following the memo. In section 1(b), the President requests that both Mattis and the Department of Homeland Security complete a thorough study to determine whether “terminating that policy [allowing trans folk to serve in the military] and practice would not have the negative effects,” which some have pointed out may follow from removing people from active duty.

What the President is essentially asking the DOD to do is investigate how effective trans service people are, what the outcomes might be if they are removed from active duty and the overall cost to the government for this ban. According to one report from The Palm Center, removing trans folk from the military could actually cost over $960 million dollars, which calls into question exactly why the President issued the request in the first place.

Back when the initial tweet storm happened, the President argued that the cost of trans military members was far too high for the government to continue to support. However, a quick scan of the numbers (and a study by the RAND group) shows that at most trans service people cost the military $8.4 million dollars a year in medical costs. If the Palm Center study is accurate, it would take more than 114 years at $8.4 million dollars to meet the cost of removing trans folk in one fell swoop.

Slate also clarifies that the memo’s language is designed in a way to create a sense of legitimacy for the President’s initial tweets and request. Though the memo technically asks the DOD and Homeland Security to “study” whether or not to uphold the request, academic and author Nathaniel Frank explained that the DOD has no ability to stop any final decisions from the Oval Office.

It remains to be seen exactly how Mattis will be studying the effects of trans service members out side of reports that have already been done, but he may very well come back to the President by saying the ban will not be beneficial to the military. Until that happens, however, we will have to wait until Mattis compiles his findings for the President.

Have you ever served in the military? Tell us @BritandCo!

Kat Armstrong
Kat has been a writer, social media maven and mom for longer than she's willing to admit. She's also spent time in front of and behind the camera, interviewing celebs, politicians and acting as a producer for fashion and artistic photography shoots. When she isn't writing for various orgs and publications, she's hanging with her kids, husband and French Bulldog, Peter, in Toronto, Canada.
LGBTQ
Current Events
LGBTQ Politics