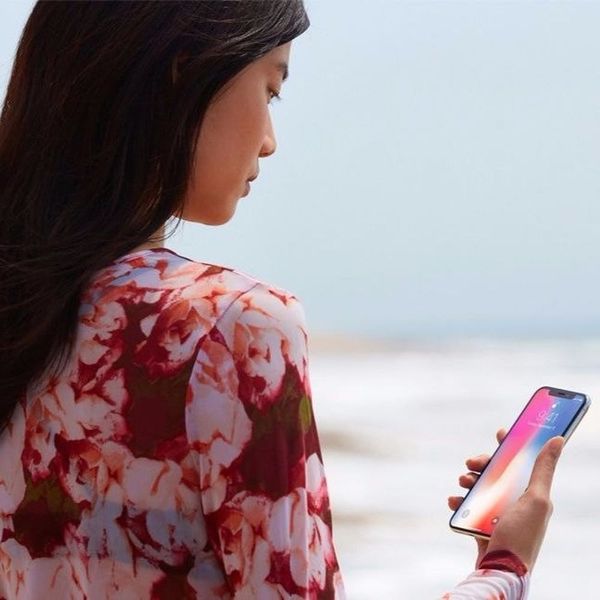 Of all the cool new products mentioned during this year’s famed Apple Event, people are by far most intrigued by the mysterious iPhone X. With an all-screen design that ditches the need for a home button, a cool new suite of photo taking options, the ability to turn yourself into an emoji with Animoji, and some pretty spiffy new augmented reality capabilities, it’s definitely not hard to see why people are already saving their pennies for this expensive new smartphone.

But there’s one new feature of the iPhone X that’s causing a few Apple fans to question whether shelling out a whopping $1,000 for the latest smartphone will be worth it. Along with all their other advancements, the iPhone X will ditch the fingerprint scanner of its predecessors and opt for facial recognition software instead. According to Apple, Face ID is “a powerful and secure authentication system that’s even more convenient than Touch ID.” In order for Face ID to work, it uses the iPhone X’s TrueDepth camera system to project invisible dots on your face, read your unique facial map, and hopefully unlock your phone. Obviously people have a few concerns about this new system — here are a few questions that you may have about Apple’s new Face ID system, answered.

Q: Will Apple store this sensitive information on the cloud?

A: If facial recognition software is the way of the future, the last thing you want to happen is for Apple to send your face scans up to the cloud to be hacked and shared for profit. Luckily, Apple has made it very clear that this information will not be sent to the cloud and will instead store all of your face data on each individual device — AKA the same way they stored all of our fingerprint data with Touch ID.

Plus, there are other ways that Apple is making sure that our face scans stay securely on our individual iPhones. According to the Verge, “In broad strokes, Face ID works the same way Touch ID did: The system reads your face (or fingerprint), then creates a partial version to compare against future prints. It’s a purposefully incomplete picture, so even if you could extract the data, it would be impossible to fully reconstruct a person’s face.”

Q: What happens if you decide to grow a beard or get a drastic new haircut?

A: Face ID is a technology that is designed to grow incrementally — meaning it theoretically won’t matter if you decide to rock some glasses or get a buzz cut. Of course, without access to the technology ourselves, we won’t be able to fully comprehend how intuitive their new A11 Bionic chip is at using machine learning to recognize changes in your appearance until the official release date on November 3.

A: In his Apple Event presentation, Philip Schiller noted that the device can’t be fooled by a printout photograph or even a lifelike Hollywood-grade mask. Since the original launch of Touch ID could be hacked with a little Elmer’s glue, we’re happy to hear that Apple is stepping up to protect our security — especially since it’s not that hard to find anyone’s picture on Instagram, Facebook, or LinkedIn these days.

Q: Are there any people who shouldn’t use Face ID?

A: Unfortunately, the answer is yes. Despite testing the system on a diverse set of a billion different photos, there are still some individuals who should still probably avoid using Face ID regularly. In his address at the Apple Event, Philip Schiller joked about evil twins cracking the Face ID system — but it seems like Apple isn’t actually joking when it comes to twins.

According to Apple’s support page, “The probability that a random person in the population could look at your iPhone X and unlock it using Face ID is approximately one in a million.” However, “The statistical probability is different for twins and siblings that look like you and among children under the age of 13, because their distinct facial features may not have fully developed.” If either of these are concerning for you, Apple recommends using a passcode to authenticate your login instead.

Q: Will Face ID make it easier for our iPhones to turn on when we don’t want them to?

A: One of the biggest questions skeptics have about Face ID is that the new technology will make it easier for others to gain access to their sensitive information by simply requesting that they look at their iPhone X. To this, Schiller says, “If your eyes are closed, if it’s not lined up, it’s not going to work.”

Q: Can you disable Face ID?

A: Yes. If you are in an emergency situation and would like to immediately disable Face ID, pinch the side buttons to put the phone into shutdown mode. Just like the current system, it will require a passcode to unlock for your first attempt after a full shutdown. If you would like to disable Face ID permanently (perhaps to dissuade your evil twin?) you can do so in Settings.

Are you planning on splurging for the new iPhone X? Tweet us by mentioning @BritandCo.

Ashley Macey
Ashley Macey is a lifestyle freelance writer who loves all things fitness, wellness, and creativity. When she's not exploring her home in the Pacific Northwest with her dog Max, you'll probably find her curled up with a good book and some hot tea. Follow her daily jaunts on Twitter.
Apple
Tech
Apple iPhone
More From Tech