OMG! We Know What the iPhone 8 Is Going to Look Like 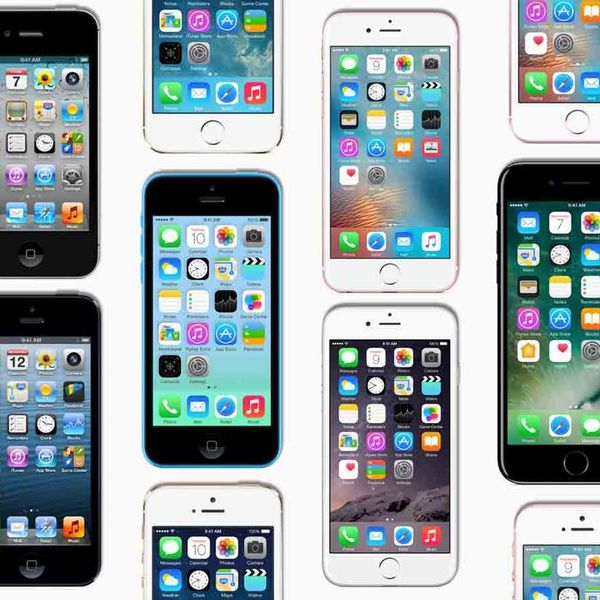 This year will mark the iPhone’s 10th anniversary, so you can bet Apple is gonna pull out all the stops to commemorate it. While we’ve speculated on the features of this new phone in the past — button-free, wireless charging, biometrics, a full glass body, etc. — we finally know what the iPhone 8 will look like. Hint: You can say goodbye to the Home button as you know it.

Forbes’ tech contributor Gordon Kelly worked with case designer Nodus to get the dirty deets from the iPhone 8’s CAD (computer aided design and drafting) files. Apparently, we’ve seen the end of the Home button and bezeled displays, as Kelly says, “Users can expect Apple to release an iPhone 8 which almost completely eliminates the chunky bezels of previous iPhones. An elongated and enlarged 5.8-inch display will feature a cutout at the top for the front facing camera and sensors, and it should mean notifications switch to a new ‘Function Area’ in iOS 11.”

That “Function Area” could be the bottom of the screen, and behave similarly to the new MacBook Pro’s Touch Bar.

The Home button could be either integrated underneath the screen or as part of the power button. Kelly points out that, according to the CAD files, the new power button is almost twice as big as the current power button, meaning it could be used for something other than, well, the power. The phone will also have a vertical rear camera to “support Apple’s big drive into Augmented Reality where horizontally aligned cameras are more effective and the phone is expected to be held in a landscape orientation.”

And if you were worried about whether you’d have to buy all new cables, don’t fret; while we won’t be seeing the return of the headphone jack, the Lightning port is sticking around for a while yet. Now we just have to hope the new phone won’t be too expensive.

What features are you most excited for? Tell us @BritandCo!

Shea Lignitz
Shea can be found in the nearest bookstore or brewery, exploring the great outdoors, or blasting Led Zeppelin. She grew up in the cold and rain of Northern California's redwoods but is currently wandering around Texas.
Apple
Tech
Apple iPhone