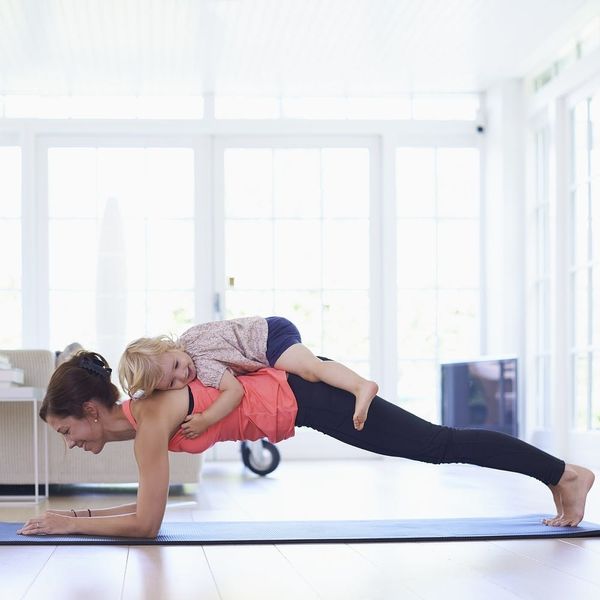 You know that saying about putting on your own oxygen mask before you help someone else with theirs? That’s a pretty accurate depiction of motherhood. While parenting little ones is rewarding in so many ways, it can also be downright exhausting. Taking time for yourself — whether to simply rest or invest in an interest that doesn’t involve little people — is a lot like refueling. Sadly, many parents either can’t or don’t make the time they need for the refueling that comes from self-care, perpetuating the cycle of exhaustion. So while a box of chocolate or bouquet of tulips (and maybe a nice bottle of rosé?) are thoughtful gestures, what many moms really need for Mother’s Day is time to recharge.

As part of a campaign focused on the life-altering experience of becoming a parent, Plum Organics conducted a survey among 1,000 parents with kids under the age of one. Among their most notable findings? Moms and dads of babies are desperate for some personal space. Of all the parents surveyed, two in five (that’s 41 percent) take fewer than two hours to themselves in an average week. And a harrowing one in 10 — or 13 percent — take no time for themselves during a typical week. As you can imagine, these parents are probably ravenous for some alone time: According to the survey, 78 percent admitted to going to extreme measures to “take a break” from the daily duties of parenting.

Here are some of the most popular — and admittedly funny — ways these parents carved some spontaneous “me time” out of their days. Maybe you can relate.

1. Hanging Out in the Bathroom: A daily shower may be a distant memory for exhausted, new parents, but the bathroom is still a sanctuary. Fifty-six percent of parents surveyed they admitted sitting on the toilet for longer than they needed to as a way to escape their kids. Nothing as creepy as seeing a tiny hand emerge through the bottom of the bathroom door.

2. Spontaneous Target Runs: The pantry might be fully stocked with La Croix, but when you need a break, there’s often no better retreat than going to the store. Alone. Of the 1,000 parents surveyed, 30 percent of parents said they have made up an excuse to run errands just to get away from the kids. Hey, you always need more diapers, right?

3. Locking Themselves in the Car: Have you ever pulled into your driveway and just kind of… stayed there? Whether you tune into your fave podcast or catch up on text messages with your BFFs, hanging out in the car can be surprisingly peaceful — especially if the car seats are empty. Maybe that’s why nearly a quarter of these new parents said they have sat in the car or garage after getting home, just to avoid coming inside.

4. Hiding in the Pantry: Taking care of kids doesn’t just leave you tired and desperate for time alone. Revolving your days around a growing child means you’ve probably, at some point or another, forgotten to eat. So it makes sense that 15 percent of new moms said they have hidden in their pantries to sneak a snack. Just do us a favor and save the baby food pouches for the babies.

Do YOU need a break as much as these parents? No matter how old your kids are, give yourself the gift of much-needed alone time this Mother’s Day — and every day. You’ll be a better parent for it. We promise.

How do you make time for yourself as a mom? Tell us @BritandCo!