The Crazy, International, and Delicious History of Avocado Toast 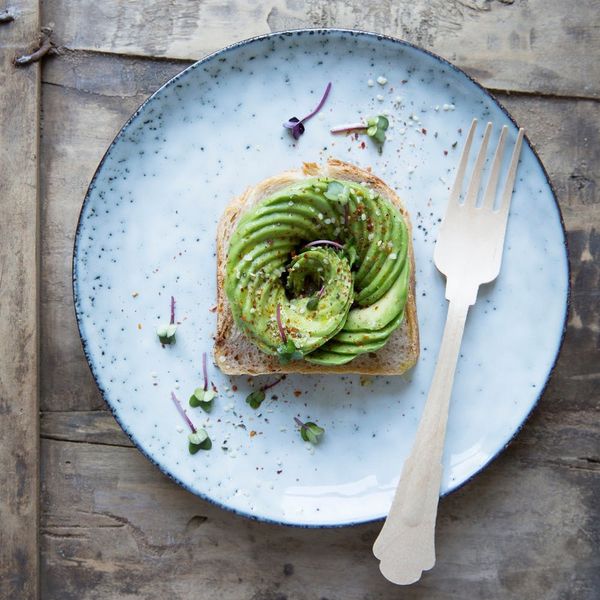 Avocado toast didn’t just pop up out of nowhere. Its origin story began long before it was an Instagram sensation and the “downfall” of millennial budgets across the nation. There are several legends about how toast smeared with avo came about, but we did some digging to find its true origins. It turns out its roots reach further than you might imagine.

The person who claims he put avocado toast on menus across the world is Bill Granger of bills restaurant in Sydney, Australia. Granger says he has no doubt that Australian cafe culture is what brought this breakfast into the spotlight. His version of avocado, lime, salt, and olive oil on toast was on the menu as early as 1993.

However, Chef Chloe Osborne of NYC’s Cafe Gitane says that she snacked on avocado toast in Australia during the 1970s, eventually bringing the tradition with her to the USA. She later added avocado toast to her Manhattan restaurant’s menu, with the earliest recorded appearance in 2006, though she claims they served it up before then. Her avocado toast really helped the trend spread across America. The Kitchn posted a copycat recipe in 2008, and since then, it’s spread and evolved across the country, with an avocado toast recipe in Gwyneth Paltrow‘s It’s All Good being hailed as another turning point for the humble breakfast item.

So, that’s that! Or is it? Let’s go further back in time…

Avocados grow abundantly in Mexico, so it makes sense that they would have made their way to California. A New Yorker article describes a diner enjoying an avocado sandwich on whole wheat at Best Drug Stores, Inc. in Los Angeles in 1937. Even earlier, in 1931, the LA Times wrote about women enjoying avocado on toast with their coffee, hot or iced, after long days of shopping.

Outside of Los Angeles, it seems like the meal wasn’t unheard of, either. In a 1920 article for the Covina Argus, there’s a recipe for avocado on toast. More notably, The San Francisco Chronicle ran an article in 1927 suggesting that one should “Mash the flesh of the avocado and spread thickly on toast or between thin slices of bread.”

The Birth of Avocado Toast

According to Rico Torres, co-chef of Mixtli in San Antonio, Texas, records of humans eating avocado date back 10,000 years ago in Puebla, Mexico, where avos, indigenous to Mexico, were domesticated there before spreading to Central and South America. Torres says that avocado on a toasted tortilla likely preceded avocado on toasted bread.

Bread arrived in Mexico in the 1500s, along with Spanish colonizers, so it wouldn’t be too surprising if they put two and two together then, especially since the Spanish colloquially called avocado “butter of the poor.” Chileans and Peruvians have a tradition of eating smashed avocado on bread, too. The dish is called pan con palta, and it’s so common it’s almost laughable to think of it as a trendy food. In Chile, fresh bread called marraqueta is smeared with mashed avocado and served for breakfast, as a snack, or with tea, a culinary tradition likely dating to the late 1800s.

Looking at the evolution of avocado toast, it seems like one thing is true. Once avocado and bread are in the same place at the same time, it becomes obvious they were meant to be together. It’s thanks to Instagram and social media buzz that the combo has become so popular today. Truth is, this snack’s at least a century old and likely many more.

Justina Huddleston
Justina Huddleston is a food writer living in Los Angeles. When she's not busy writing, she spends her time in the kitchen creating both virtuous and decidedly junky vegan food. Buffalo chickpea pizza, anyone? She's also been known to eat a plain block of tofu or beans straight out of the can for lunch, but somehow those culinary adventures don't make it to her Instagram. You can follow Justina on Twitter or see what's cooking in her kitchen on her blog, A Life of Little Pleasures.
Adulting
Food Adulting
Adulting
The Conversation
More From Food Adulting