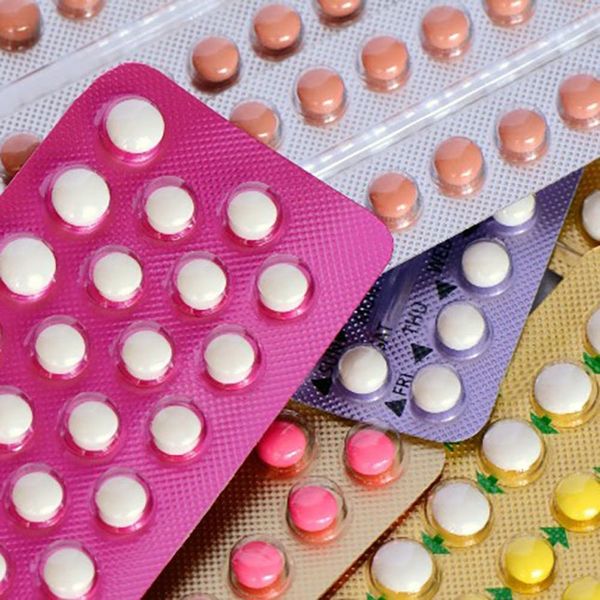 Update 5/4: After Trump’s first healthcare plan failed to get enough votes the first time around, his team produced a new healthcare plan that was successfully (albeit narrowly) passed by the House. The plan passed by a narrow margin of 217-213 – just one vote over the 216 needed.

The new bill is not all that different from the bill that failed back in March. It still would not allow Medicaid to support any planned Parenthood Clinics (Medicaid is primarily how Planned Parenthood is funded). It would also allow states to opt out of “essential care,” which includes birth control.

This isn’t *officially* the new plan yet, though. The bill will now be sent to the Senate, which is more moderate and not likely to approve it in its current condition. Republican Senator Bob Corker told NBC News, the House bill has “zero” chance of passing the Senate.

But that doesn’t mean a more refined version of this won’t make its way to Trump’s desk to be signed. The Senate needs 51 votes to get this bill passed and currently, there are 52 Republicans in the Senate. The question now is, how much more refined can it really get?

On March 6, President Trump and his team unveiled their new plan for the repeal and replacement of Obamacare: The American Health Care Act (AHCA). Like most of this administration’s major policy changes, the proposed plan was met with its fair share of supporters and adversaries. Some Republicans remained unimpressed, though, going so far as to call it “Obamacare-lite.” The bill still needs to be scored by the Congressional Budget Office, a step which will determine the number of people projected to gain or lose coverage under the law and the estimated amount that it will cost and/or save Americans.

The bill still needs to be passed by Congress but if that happens there will be changes headed your way, ladies – whether you’re insured privately or not. For a thorough dive into exactly how your reproductive health care might change under this proposed plan, scroll on down.

Affordable birth control is a pivotal selling point of the ACA as it stands now. Under qualifying plans, women are eligible for one of 18 FDA-approved contraceptives at no out-of-pocket cost beyond a deductible. It’s estimated to have saved women $1.4 billion in birth control expenses.

On the surface, the AHCA bill doesn’t touch the current birth control benefits provided through ACA regulations. Women with private insurance are still entitled to the same affordable contraception. But for those who rely on Medicaid, the future is unclear. The AHCA will stop Medicaid expansion by 2020 and wants to shift nearly four million in Medicaid spending from the federal government to the states. Considering one in five women under 64 gets her coverage through Medicaid, those cuts could leave the women who are the poorest without adequate coverage.

Vox reports, “When Congress passed the bill [the ACA], there was one problem with the law’s mandate to cover preventive women’s health care: Nobody had an official, comprehensive list of what counted as key preventive services for women. So panels of experts on women’s health weighed in with their recommendations, and then the health department had to endorse those recommendations and turn them into official regulations.” This set of regulations might be left alone while Trump’s administration waits for the bill to be passed, but if it is, Tom Price the Secretary of Health and Human Services can easily adjust what those regulations should include to align with the administration’s beliefs.

Trump has said point blank that he is a pro-life president. His proposed healthcare plan flawlessly mirrors that belief through the bill’s plan to defund Planned Parenthood. Essentially, the AHCA makes it clear that the government will have no part in paying for abortions or aiding any organization that performs the procedure. And when federal funding is cut, premiums go up. And when premiums go up, access to those services go down.

Currently 60 percent of PP’s funding comes from the federal government. But here’s the thing: none of that money can be used for abortions. That’s been the case since 1977, when a federal law called the Hyde Amendment banned the use of any federal funds for abortion (unless the pregnancy is a result of rape, incest, or if it is determined to endanger the woman’s life). So by revoking funding they are really only directly cutting services like preventive care like STD tests and treatment, breast and cervical cancer screenings, and well-woman exams.

The White House has said that if Planned Parenthood eliminates abortion from their list of services they can keep their funding. You can probably see where this is going and what the underlying ultimatum is here. Struggle to find a way to survive without the help of the government or get rid of abortion services and keep the money.

If you’re privately insured, AHCA amendments on abortion could still affect you. According to Vox, any insurance plan that covers abortion will not be eligible for federal tax credits, which means many providers will likely have to cut it. Consumers would have to purposefully go looking for a plan that covers abortion. And once they find one, it will likely become more expensive.

The future of maternity care under Trump came under fire recently after Seema Vera, the president’s newly-confirmed pick to run Medicare, Medicaid, and the Affordable Care Act, said maternity coverage should be optional. Now, Vera’s vision is looking like a reality.

Currently, under the ACA, “Maternity care and childbirth — services provided before and after your child is born — are essential health benefits. This means all qualified health plans inside and outside the Marketplace must cover them.” Starting December of 2019, Trump’s plan will repeal those essential benefits at a federal level. Benefits healthcare providers were previously required to cover (such as hospital bills, breast pumps, folic acid supplements, etc.) will be shifted to the state level, allowing coverage to vary widely from state to state.

Anything excluded will likely come at a high out-of-pocket cost to expectant mothers. The average maternity bill for doctors’ fees and hospital charges is around $9,700 for a standard delivery and roughly $12,500 for a cesarean section without insurance.

Under Obamacare, preventive care services like mammograms, cancer screenings, STD testing, and pap smears are covered with no cost-sharing. If you’re covered under private insurance, this is likely to remain the case. However – as mentioned above – if the ACHA is passed, these kinds of services could be discontinued at Planned Parenthood if the organization isn’t able to restructure their funding.

Cortney Clift
Cortney is the senior writer and special projects editor at Brit + Co. She typically covers topics related to women's issues, politics, and lifestyle. When she's not buried behind her computer you'll find her exploring New York City or planning her next big adventure.
Womens Health
Politics
Womens Health
More From Politics