How Mansplaining Can Hurt Your Health AND Your Career 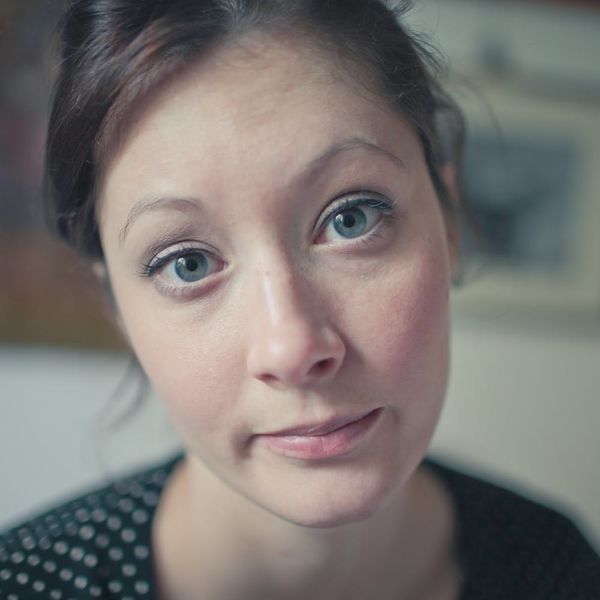 All women have been there: You’re having a conversation with a man about something really basic, something you know a lot about, and suddenly the man starts to explain the subject to you as if you were born yesterday. This widespread phenomenon is called “mansplaining,” and it’s rooted in the sexist idea that women know less than men. Some experts believe it isn’t just annoying — it can harm your mental health and your career.

I’ve been mansplained more times than I can count, but here’s a doozy that happened while I was in college. I was a philosophy major, and one of the subjects we could study was feminism. A girlfriend and I were chatting with two of our male classmates about our experiences with sexism in the philosophy department, when the guys interrupted us to explain what feminist theory has to say about sexism. In other words, they acted like they understood our experience better than we did because they’d read some books (which we had also read, in the same exact classes). My friend and I gave one another sideways looks, rolled our eyes, and sarcastically asked the guys to continue their lecture with one another while we continued our own conversation about our real-life experiences.

Yesterday, thousands of women on Twitter shared their own experiences with this unpleasant phenomenon.

women, what's the most infuriating thing you've had mansplained to you?

It started with BuzzFeed’s Tracy Clayton casually asking followers to share their most infuriating mansplaining experience.

@brokeymcpoverty I had a man explain to me what it was like to be a woman in the workplace.

Some recalled being mansplained about women’s experiences at work…

@brokeymcpoverty A man once used a paper as evidence that I was wrong abt a policy proposal & should rethink my analysis. I wrote the paper.

@lizzieohreally @biocuriosity @brokeymcpoverty once a man tried to explain an article to me. An article I wrote.

…while others literally had their OWN work explained TO them.

It’s easy to see why mansplaining is obnoxious, but according to Juli Fraga, a psychologist in San Francisco who specializes in women’s health, it can also have negative mental health consequences for women. “Mansplaining isn’t just men explaining something to women,” Fraga explains. “It’s men explaining something to women in a condescending way because they believe that they know more and have more power than women.”

In romantic relationships, Fraga says that mansplaining is a potential red flag. “Mansplaining may be an indicator that a man is controlling, sexist, even possibly emotionally abusive,” she tells us. There can also be long-term impacts for women who experience mansplaining in the workplace. Fraga tells us that at work, mansplaining “can affect a woman’s career satisfaction, and her confidence about going up for a promotion.”

But Fraga also says women can and should assert themselves when men are being condescending. “Women can cope with mansplaining by letting the man know that you don’t need him to explain anything to you,” Fraga tells us. “If you have more info about the topic, interject with your facts. If he’s hijacking your experience (i.e he’s trying to give advice about birth control or another women’s health topic) speak from your own experience and share your opinion.”

It’s especially important for women to arm themselves with this information in a time when it seems women’s rights may be taking some steps back on the legislative front. Now more than ever it’s imperative that we are confident in our experiences and do not allow men to erase them with their condescending rambling.

What are your experiences with mansplaining? Tell us about it on Twitter @BritandCo.

Elizabeth King
Elizabeth King is a politics, history, and culture writer based in the Twin Cities. She is generally pretty cranky but still enjoys traveling, music from the early 2000's, and plotting the resistance. Feel free to say hi on Twitter at @ekingc or check out some of her work at www.elizabethcking.com.
Feminism
Pop Culture
Feminism
More From Pop Culture