Why People Are Posting This New Kind of Selfie 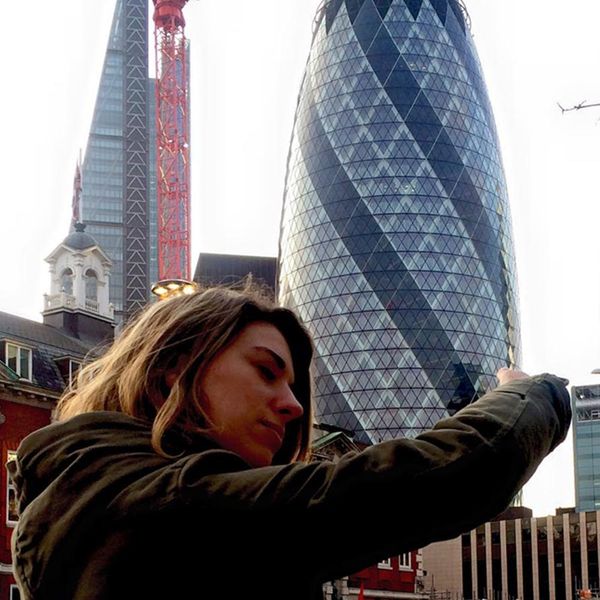 Due to daily commutes involving harsh scents, lots of traffic (foot and vehicle) and rude people every *once* in a while, we tend to forget how much we actually love the cities we live in. Until each weekend rolls around, that is ;) A new social media trend is looking to make you fall back in love with the place you call home by giving it some much-needed hugs.

The Hug Your City selfie (see above!) was born spontaneously when product strategist Alfie Dennen had a friend from Berlin visiting him in London. The duo was taking a photo of the London City Hall when he decided to put his arm around the building to give it a little squeeze. We spoke with Alfie to get a little more background on this RT-worthy kind of selfie and he gave us the inside scoop on his random building embrace: “I think I gave it a hug because it’s round and somehow looks cute. Since that first hug I’ve had a couple of #huglondon excursions. It’s a super fun thing to do with friends.” You know, sometimes we feel the same love for buildings in SF, so we get where you’re coming from, Alfie.

While it started out as a random act of hugging, Alfie is looking to turn the embraces into a social media trend, and we’re really into the reason behind it. “Urban landscapes and architecture are often under-appreciated, and we tend to take photos of things and stand in front of them like ‘oh look, a building.’ Hug Your City puts both the photographer and the subject into a fun and joyful intervention with the city, communing with it in a nice sweet way,” he shared with us. Alfie’s mission is simple: “What’s great is that it makes you look at your own city in a different and new way — as a loving tourist in your own city.” Seriously, this trend is giving us all the feels for the beautiful architecture San Francisco (and the world) has to offer.

Photos of people giving hugs to their cities’ landmarks have been popping up in London and Florence so far (step up your game, America!), but Alfie hopes it will become a global trend. Other than his native London, he would like to see some building buddying-up in Spain. “Barcelona would be a great place for some love. There’s a lot of very warm, rounded and huggable buildings there like Gaudi’s Casa Milà and the Torre Agba skyscraper.”

This isn’t just an opportunity for some fun photos; Alfie hopes Hug Your City “makes people feel great about the city they live in and the person or people they are exploring it with. In its purest form it humanizes our relationships to our sometimes otherwise drab urban environments.” Take in all the sights, people!

Go out and hug your city, then share your sweet embraces on Twitter + Instagram. BRB, going to hug the Painted Ladies (thanks for this pretty pic, Rosee). <3

What will you be hugging in your city? Let us know and share your #hugyourcity photo with us.