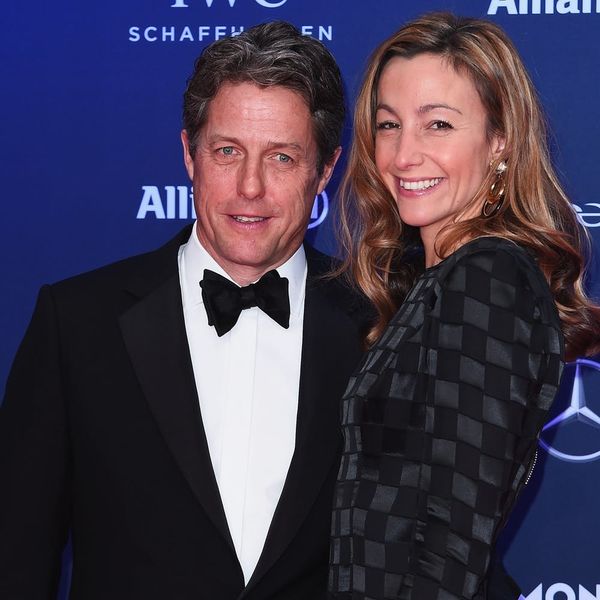 Hugh Grant is a father again! According to Elizabeth Hurley, who dated the actor and is still close with him, Grant and his girlfriend, Anna Eberstein, recently welcomed a new baby into the world, which makes the actor a dad to five little ones.

Hurley shared the big news while sitting down for an interview with Andy Cohen on Watch What Happens Live on Thursday. Asked if she was surprised that 57-year-old Grant has so many children, the Royals actress revealed that her ex-boyfriend (whom she dated from 1987 until 2000) just added another kiddo to the family. “He had another one last week,” she said. “He has five.”

The Notting Hill star shares six-year-old Tabitha and five-year-old Felix with his ex-girlfriend Tinglan Hong, and he and Eberstein are the parents of five-year-old John, a two-year-old daughter (whose name isn’t known publicly), and a newborn.

Hurley (jokingly) commented on the fact that Grant became a father later in life, saying, “He was over 50 when he spawned them all.”

When Cohen pressed Hurley, asking again if she was shocked that he has so many kids, she sincerely noted, “No. He’s an enchanting dad. Really, really sweet.” In fact, she thinks that becoming a father has changed Grant for the better. “Having these kids has transformed him from a very miserable person into a [fairly miserable person],” she joked. “It’s improved him. He’s gone up the scale.”

How did you change after having kids? Let us know @BritandCo!