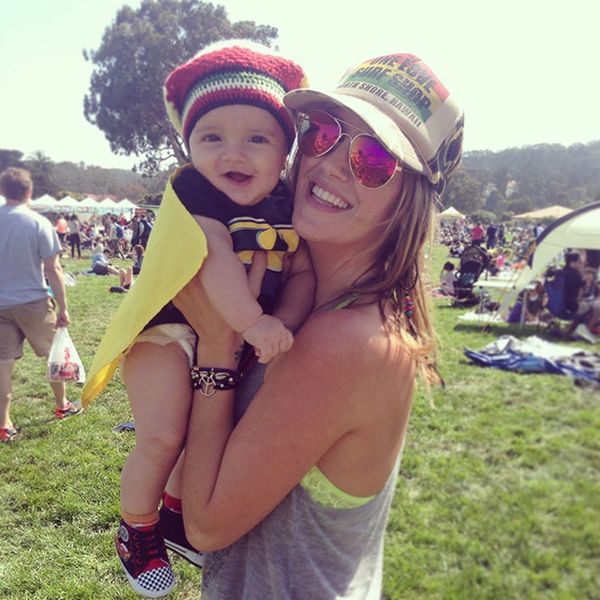 Working moms are an unstoppable force with the power to take care of their loved ones and bring home the big bucks at the same time. With so many moms in the workforce, it’s nice that some jobs have systems in place to give them the wiggle room they need to get it ALL done (hello, extended Navy maternity leave). As Blake Lively and baby James showed us recently, there is one thing new working moms know to be true: no matter what you’re doing, baby’s gotta eat!

In a world full of weird negative backlash for women who breastfeed, there’s one company who recently decided to empower working moms to do it even when they’re far away.

Fortune reported that IBM is launching a program that would allow their working mom employees to ship their breast milk back home if they’re traveling for business. This pilot program means that working moms can ship their boob juice express in temperature controlled packages from wherever they are so that they can avoid the usual “pump and dump” situation that usually happens when they’re away from their babies.

It makes sense that this tech company would take care of their female employees since they’ve reported that the number of women executives in IBM has increased 562% since 1995. Heck, the CEO of IBM is a woman and she’s one of the few female chief executives of a Fortune 500 company.

IBM’s cool perks for parents don’t stop there. According to Fortune they also offer paid paternity leave and new parent leave for employees who have recently adopted. In light of the discrimination some women face in the tech sector, it’s nice to know that at least one company has our backs.

What kind of perks do you need as a working mom? Tell us in the comments!

Molly Sanchez
Molly Sanchez is a writer, comedian and lover of burritos everywhere. She has written for The Bold Italic, Liquid Bread, Thrillist and HelloGiggles. She devotes her time to Bloody Mary research, exploring San Francisco and promoting wide spread shower beer awareness and appreciation. Find her on Twitter @seriousmolly trying to get famous people to laugh at her jokes or on Instagram @mollyfuckingsanchez where she swears a lot.
Parenting
Parenting
Parenting
More From Parenting