In 7 Words, Ryan Gosling Summarized His Love for Eva Mendes Better Than Our Wildest Dreams 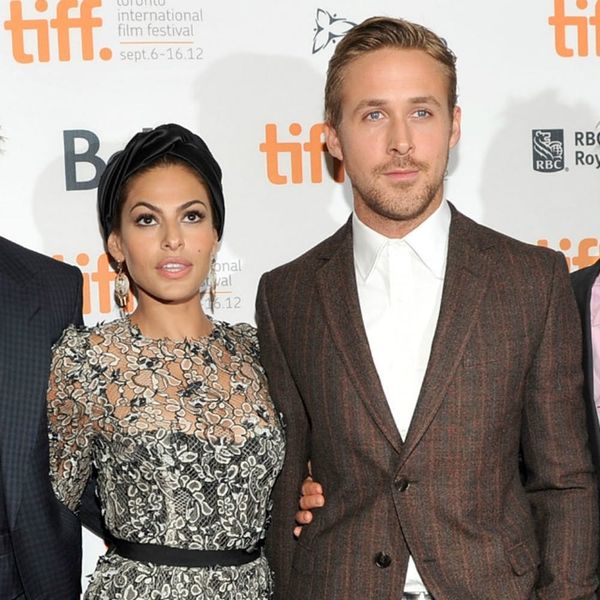 Ryan Gosling and Eva Mendes are notoriously shy when it comes to talking about each other in public. When he won his award for Best Actor at the Golden Globes this year, his heartfelt nod to her was the most we’ve heard him say about his partner and mother of his kids in a long time. She even subtly thanked him for his kind words in a way you probably didn’t even notice. While Eva has finally admitted why she’s decided to vanish from the red carpet, E! Online took a look back on the couple’s mostly secretive relationship and rehashed a little-reported on gem that we think is worth sharing, because it’s giving us major heart-eyes.

The couple originally met back in 2011 while filming The Place Beyond the Pines, and have kept a low-key relationship since then. While Mendes almost never mentions Gosling, he’s been known on occasion to talk about his partner, and way back in 2015, he gushed more than he ever has since (or before, for that matter).

In an interview with Hello! Canada, Gosling gushed, “I know that I’m with the person I’m supposed to be with.” When asked what drew him to Eva Mendes first, he said those seven magical words that we never expected, “…She’s Eva Mendes. There’s nothing else I’m looking for.”

What’s the sweetest thing your partner has ever said about you? Tell us @BritandCo!