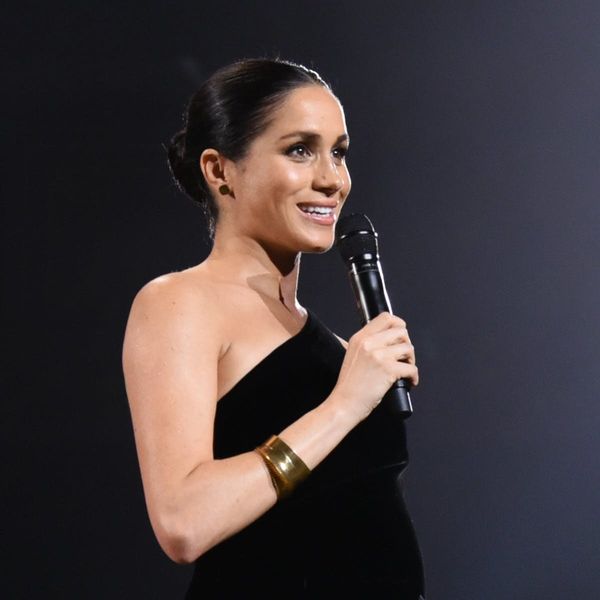 Every year on March 8, the world celebrates International Women's Day, which serves as both a call to action and a way to honor the accomplishments of all the amazing ladies who've made, are making, or will make history. In keeping with the spirit of the holiday, we've rounded up a few empowering and uplifting quotes from some of the most inspiring women currently working in Hollywood and beyond. Click through for their 17 snippets of wisdom. (Photos via Emma McIntyre/Getty Images + Joe Maher/BFC/Getty Images + Christopher Polk/Getty Images + Clive Brunskill/Getty Images)

Priyanka Chopra: "Feminism is women standing up for themselves and saying, 'Give me the freedom to make my own choices without judging me,'" Chopra told Harper's Bazaar Arabia in 2018. "It is not superiority. It is not hating or berating men. It is just saying, 'Let me make my decisions without shaming me or trolling me. Give me those opportunities that men have enjoyed for such a long time.'" (Photo via Christopher Polk/Getty Images)

Constance Wu: "I think having a march in Washington that is headlined and front-lined and led by women is a statement about the patriarchal standards that we don't even see because they are so woven into the fabric of our existence," the Crazy Rich Asians star told The Hollywood Reporter of participating in the 2017 Women's March. "I think it’s important that artists stand up and that women, in particular, stand up for other women who are flawed and talented and smart and interesting and human and whole." (Photo via Emma McIntyre/Getty Images)

Meghan Markle: "Women don't need to find their voice," Markle said during her first official appearance with Prince Harry, Prince William, and Duchess Kate Middleton. "They need to be empowered to use it and people need to be urged to listen." (Photo via Joe Maher/BFC/Getty Images)

Maisie Williams: "We should stop calling feminists 'feminists' and just start calling people who aren't feminist sexist," the Game of Thrones star told Entertainment Weekly in 2016. "And then everyone else is just a human. You are either a normal person or a sexist." (Photo via Alberto E. Rodriguez/Getty Images)

Taylor Swift: "My hope for the future, not just in the music industry, but in every young girl I meet, is that they all realize their worth and ask for it," Swift wrote in a 2014 op-ed for The Wall Street Journal. (Photo via Emma McIntyre/Getty Images for dcp)

Michelle Obama: "No country can ever truly flourish if it stifles the potential of its women and deprives itself of the contributions of half of its citizens," the former First Lady said in a 2014 speech. (Photo via Joe Raedle/Getty Images)

Jennifer Lawrence: "I'm over trying to find the 'adorable' way to state my opinion and still be likable! F*ck that," Lawrence wrote in Lena Dunham's Lenny Letter. "I don't think I've ever worked for a man in charge who spent time contemplating what angle he should use to have his voice heard. It's just heard." (Photo via Jason Merritt/Getty Images)

Amy Schumer: "I am a woman with thoughts and questions and sh*t to say," the comedian said at the 2014 Gloria Awards and Gala. "I say if I'm beautiful. I say if I'm strong. You will not determine my story — I will." (Photo via Jeff Bottari/Getty Images for Variety)

Emma Watson: "Feminism is about giving women choice," Watson said in response to criticism over a topless 2017 photo shoot she did for Vanity Fair. "It's not a stick with which to beat other women with. It's about freedom. It's about liberation. It's about equality. I really don't know what my tits have to do with it." (Photo via Mike Coppola/Getty Images for People.com)

Shonda Rhimes: "It's not trailblazing to write the world as it actually is," Rhimes said during a Producer's Guild Awards acceptance speech in 2016. "Women are smart and strong. They are not sex toys or damsels in distress. People of color are not sassy or dangerous or wise. And, believe me, people of color are never anybody's sidekick in real life. I created what I know is normal. So basically, you are just giving me an award for being me, in which case I totally deserve it." (Photo via Jesse Grant/Getty Images)

Chrissy Teigen: "I love having every right to be as outspoken as I am, as any man would be," Teigen told Elle Australia in 2016. (Photo via David Crotty/Patrick McMullan via Getty Images)

Ariana Grande: "There are certain standards that pop women are held to that men aren't," Grande said on sexist double standards in her 2018 Billboard cover story. "I just want to f*cking talk to my fans and sing and write music and drop it the way these boys do. Why do they get to make records like that and I don't? So I do and I did and I am, and I will continue to." (Photo via Ethan Miller/Getty Images)

Tina Fey: "If you retain nothing else, always remember the most important rule of beauty, which is: Who cares?" the comedian and author wrote in her 2011 memoir, Bossypants. (Photo via Christopher Polk/Getty Images for Turner)

Ruth Bader Ginsburg: "People ask me sometimes, 'When do you think it will it be enough? When will there be enough women on the court?'" the Supreme Court Justice said at a Georgetown University event in 2015. "And my answer is: when there are nine." (Photo via Robin Marchant/Getty Images)