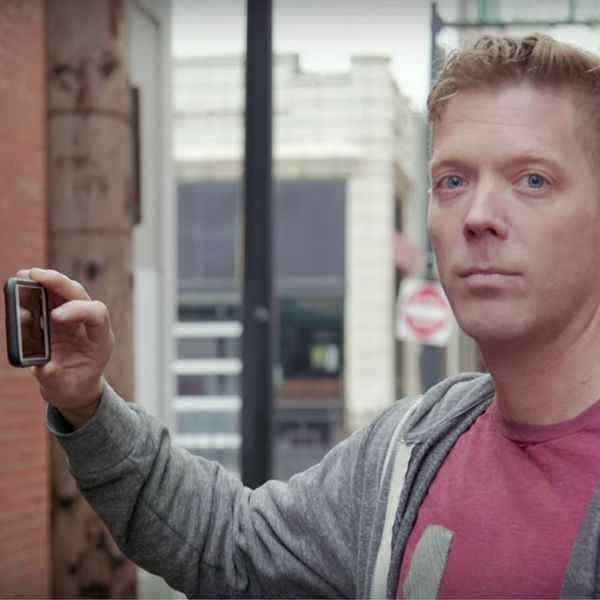 Are you an Instagram husband? Even if you’re not married (or a man) we’re guessing you’ve probably played someone’s social media photog at least a few times… this week. In a new hilarious Youtube video, the Emmy winning TV show Mystery Hour has created a genius PSA spoof that perfectly captures the reality of being a husband to someone who is serious about curating a super likeable Instagram feed.

The video opens with an intro from a husband who looks into the camera with ultimate sad eyes and says, “My name’s Jeff. Behind every cute girl on Instagram there’s a guy like me… and a brick wall.” As the video progress we watch as various ladies lure their husbands into taking snaps of them doing things like hanging out on an industrial staircase, sipping a latté at a cute cafe or posing with an American flag. Jeff goes on to say, “It’s become a pretty big problem. It takes so long to get anywhere because we’re taking pictures of our feet.”

The campaign has even gone beyond just creating a funny spoof video by also making a real website Instagram husbands can turn to if they need help. There you’ll find a list of symptoms, one of which reads, “Do you suffer from uncontrollable bodily twitches when you hear any mention of the words: selfie, brick wall, puppy, succulent, the food has arrived, shoes, it’s snowing out, I don’t look good in this one, one more, crema, sunset, latte?” It also offers some advice on how you can approach your wife about the situation.

Instagram husbands, we are here for any + all support you need during this difficult transition.