Is Himalayan Salt Actually Better for You? 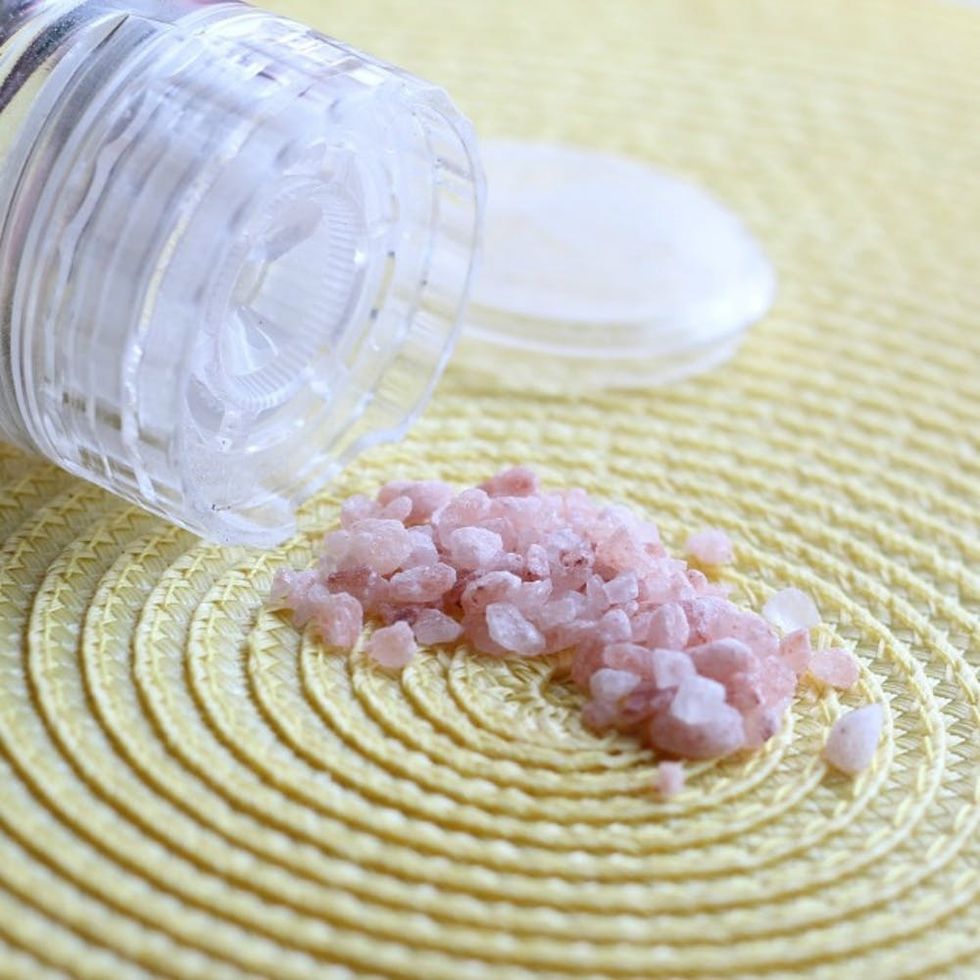 It seems like we’re seeing Himalayan salt everywhere these days, whether it’s being used to create crystalline home decor items or sprinkled over fruit for an intriguing end to a meal, but we still can’t tell if it’s actually better for us. Sure, it’s got a beautiful (dare we say Millennial?) pink hue that makes it a welcome alternative to the bland white stuff in your salt cellar, but we wanted to know if it has any health benefits. So we reached out to some nutritionists to find out if Himalayan salt is actually better than traditional table salt when it comes to our daily diet.

A few of those we consulted, including Dr. Elizabeth Trattner, AP, prefer Himalayan pink salt to table salt. “Himalayan salt has over 84 minerals and trace elements, including calcium, magnesium, potassium, copper, and iron, and most of us in the US and abroad are deficient in these minerals to some extent,” she explains. A trained natural chef, Trattner also prefers Himalayan salt for cooking.

But It’s Not a Miracle Cure

Though there are minor differences in the mineral content of Himalayan pink and table salts, if you’re on a budget or just can’t taste the difference, don’t sweat it.

“The pink color comes from its mineral content, which is somewhat higher than that of regular table salt; however, in the trace amounts it does not offer any additional benefits when compared to regular salt,” says Julia S. Buckley, MS, RDN, CPT. “Some prefer it based on its texture and taste when used in cooking, and it does contain less sodium than regular table salt — one teaspoon of Himalayan pink salt has 1,680 mg of sodium, one teaspoon of table salt has 2,360 mg.”

That being said, Buckley cautions against consuming too much of any kind of salt in your diet — the American Heart Association recommends just 1,500 mg per day.

So there you have it. There’s not really any conclusive evidence that Himalayan salt is better from you, other than the fact that it contains trace minerals (that you won’t be getting a ton of unless you’re downing handfuls of the stuff) and has lower sodium than table salt — which could cause you to use more. One benefit is that it’s less processed and doesn’t contain the anti-caking agents often found in table salt, so if you follow a whole foods diet, it might be the right choice for you.

Even if it’s not the miracle cure some people seem to think it is, we’re going to keep using it. I mean, come on — it’s pink!

Find out more about the foods you love by following us on Pinterest.

Justina Huddleston
Justina Huddleston is a food writer living in Los Angeles. When she's not busy writing, she spends her time in the kitchen creating both virtuous and decidedly junky vegan food. Buffalo chickpea pizza, anyone? She's also been known to eat a plain block of tofu or beans straight out of the can for lunch, but somehow those culinary adventures don't make it to her Instagram. You can follow Justina on Twitter or see what's cooking in her kitchen on her blog, A Life of Little Pleasures.
Adulting
Healthy Eating
AdultingHealthy EssentialsHealthy LivingKitchen
The Conversation