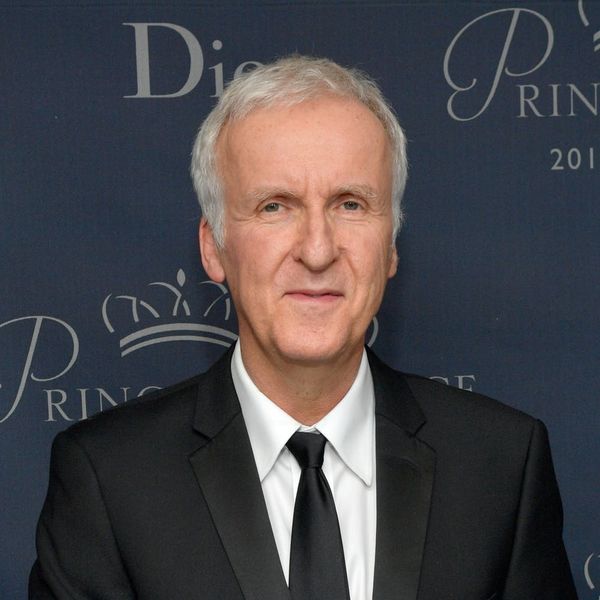 It’s been just under 20 years since the release of the beloved film, Titanic, but there’s one question that still plagues viewers to this day: Why didn’t Rose make room for Jack on the door? Earlier this month, a group of teen girls used math to try and prove that she could have saved her one true love with some clever maneuvering of their life jackets, and now, the film’s creator, James Cameron, is addressing the issue once and for all.

The director and writer finally answered the age-old question of why his leading lady didn’t merely scoot over in an interview with Vanity Fair, and the answer is probably a lot more simple than you might have guessed. “…Because it says on page 147 [of the script] that Jack dies,” he answered.

As he went on to explain, the choice was more of an artistic one than one made for logic’s sake. “Obviously it was an artistic choice, the thing was just big enough to hold her and not big enough to hold him… I think it’s all kind of silly, having this discussion 20 years later. But it does show that the film was effective in making Jack so endearing to the audience that it hurts them to see him die. Had he lived, the ending of the film would have been meaningless… The film is about death and separation; He had to die. So whether it was that, or whether a smoke stack fell on him, he was going down,” he said.”It’s called art, things happen for artistic reasons, not physics reasons.” Fair point.

The 63-year-old also debunked the theories of how the two could have prevented death by tying their life jackets underneath the door due to the hypothermia that would set in in the process months earlier, telling The Daily Beast, “…You’re underwater tying this thing on in 28-degree water, and that’s going to take you five to 10 minutes, so by the time you come back up, you’re already dead.”

RIP to the fictional hero of our youth!

What do you think of James’ answer? Tell us over @BritandCo.

Nicole Briese
Nicole is the weekend editor for Brit + Co who loves bringing you all the latest buzz. When she's not busy typing away into the wee hours, you can usually find her canoodling with her fur babies, rooting around in a bookstore, or rocking out at a concert of some sort (Guns N' Roses forever!). Check out all her latest musings and past work at nicolebjean.com.
Celebrities
Movies
Celebrities Movies Nostalgia