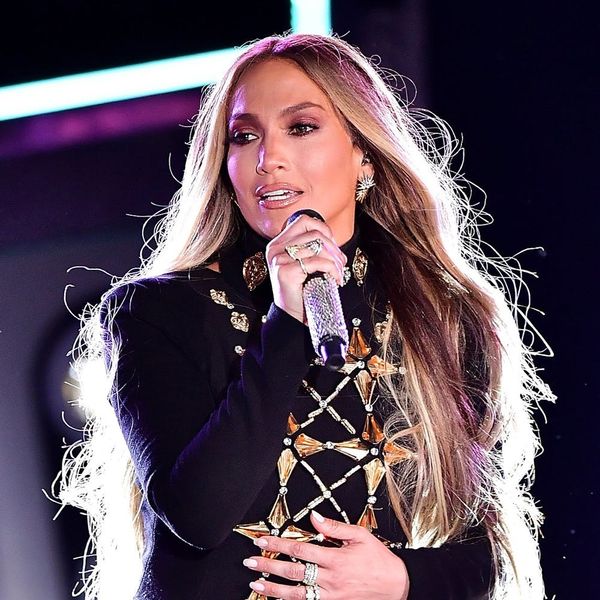 We love a good “who wore it better” moment — especially when two A-listers debut the same memorable outfit in very different settings. Most recently, the dress in question is a particularly tricky Fausto Puglisi ultra-embellished, extra high-cut, double-slit dress.

If you recall, Kendall Jenner wore a white version of the dress back in 2014 at the MuchMusic Video Awards, where she walked the red carpet without a wardrobe malfunction in sight. At the time, the model made all the headlines with her risqué fashion choice.

Nearly three years later, Jennifer Lopez, who isn’t a stranger to fashion tape and its many uses, performed her new song, “Ni Tu Ni Yo,” at Macy’s annual July 4 Fireworks in the black version. She, too, avoided any dreaded style slips.

As anxiety-inducing as it was for either of these women to wear this gown, we have to say, J.Lo really impressed us by getting down. Though it did look like she was wearing a bodysuit underneath, Lopez did not shy away from some serious choreography.

So what do you say? Who wore it best? Let us know @BritandCo.

Channing Hargrove
Channing Hargrove is a freelance fashion editor and writer in New York City. When she isn’t writing about clothing (or shopping, for research, of course), Channing is writing about life in a tiny studio apartment in a big city — and what she’s wearing — on her blog, Channing in the City.
Celebrity Style
Celeb Style
Celebrity Style Designer Dresses Kendall Jenner
More From Celeb Style