These Are the Best Fourth of July Specials on TV 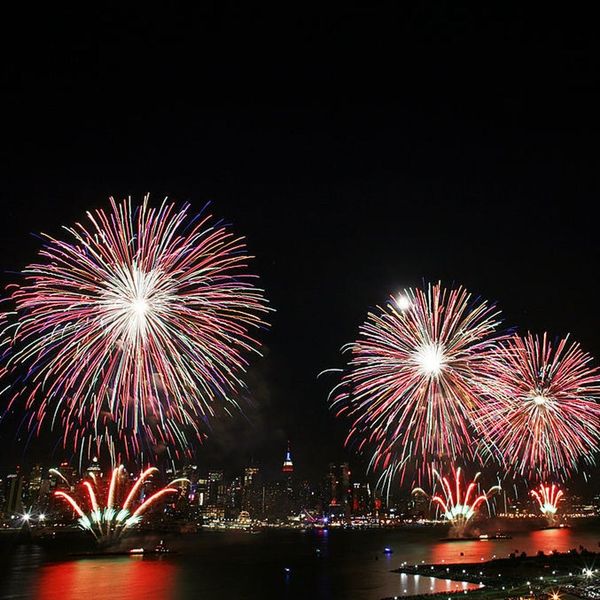 Independence Day is almost here! Whether you plan to throw a tailgate party with your crew or host a family-friendly barbecue, at some point during the holiday, food and drinks alone may not be enough entertainment to hold your guests’ attention. (Although these Fourth of July-themed donuts, smoothies, and Pop Rocks treats are sure to be a lasting hit.) Fortunately, there are plenty of patriotic TV specials to turn on when the celebrations start to lag, from live fireworks displays to the movies that have come to represent our great nation.

John Stamos (with his enviable hair and killer smile) will be hosting this salute to our country, broadcast live from the West Lawn in Washington, DC. In addition to a grand fireworks display, there will be performances from The Beach Boys featuring John Stamos and Sugar Ray’s Mark McGrath, The Blues Brothers’ Dan Aykroyd and Jim Belushi, Kellie Pickler, The Four Tops, Yolanda Adams, The Voice season 12 winner Chris Blue, Laura Osnes, and the National Symphony Orchestra conducted by Jack Everly. Sofia Carson will sing the national anthem to open the show, and Trace Adkins will perform a tribute to our active and veteran servicemen and women. The entire event will be broadcast live at 8pm ET, with an encore showing at 9:30pm, on PBS and over the airwaves on NPR.

ESPN2 will be taking us back to the corner of Surf and Stillwell in Coney Island for Nathan’s Annual Hot Dog Eating Contest, where pro eater Joey Chestnut will be competing for his 10th men’s title after setting a new contest record last year by eating 70 hot dogs in 10 minutes, though 2015 winner Matt Stonie and up-and-comer Carmen Cincotti will be bringing their A-game too. On the women’s side, Miki Sudo will compete for her fourth straight title after downing 38.5 dogs last year. Consider that extra burger as preparation for next year’s competition as you watch this year’s event live at 12pm ET, with encore showings at 4pm and 10pm, on ESPN2.

America the Story of Us, History, 7am ET

If docu-series are more your speed, the History channel will be marathoning every episode of America the Story of Us, taking you through 400 years of American history with impressive CGI animation, re-creations, and interviews.

Starting at 6am, E! will be playing the 1996 hit movie Independence Day, with Will Smith, Bill Pullman, Jeff Goldblum, and Vivica A. Fox, on repeat for 24 hours. That is eight times back-to-back.

WGN America will be playing another star-spangled film directed by Roland Emmerich, 2000’s The Patriot with Mel Gibson and Heath Ledger, one time only at 7pm.

A&E will be playing Armageddon, the 1998 blockbuster about NASA saving the world — with Bruce Willis, Billy Bob Thornton, Ben Affleck, Liv Tyler, and more — at 8pm, with an encore showing after midnight. Trust us; you won’t want to miss a thing.

Spike will be showcasing (arguably) America’s favorite actor, Tom Hanks, first in his Oscar-winning role in 1994’s Forrest Gump at 12:30pm, then in his 1998 role in Saving Private Ryan at 4pm. They will encore the pair of movies beginning at 8pm.

We can’t think of a better way to celebrate achieving the American dream than with a Rocky marathon, and the Sundance channel is dishing it out with a marathon of the first four films played through twice, starting at 6am.

What will you be watching on the Fourth of July? Tell us @BritandCo!