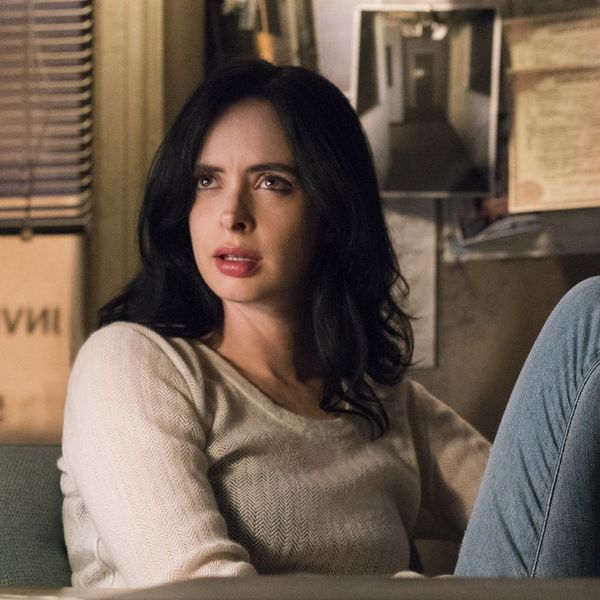 Netflix just released a new trailer for the second season of Jessica Jones, and like the first teaser — which revealed that we’ll be digging deeper into the main character’s secretive origin story — this new look at what’s ahead for the tragic hero makes it clear that she’s still battling some pretty fierce demons.

“How was anger management?” a figure in the corner of the shot (Luke Cage?) asks Jones. And TBH, that’s a tricky question to answer. When she does, she confesses she’s “still angry.”

In another scene, we see the private investigator (played by the fabulous Krysten Ritter) in group therapy, where she’s throwing a ball against a wall — harder and harder with each bounce — while explaining to the others why she has some unresolved issues. “My whole family was killed in a car accident,” she begins. “Someone did horrific experiments on me. I was abducted, raped, and forced to kill someone.”

However, it’s her anger — along with her fierce determination and unnatural powers (a side-effect of the “horrific experiments” she mentions) — that allows her to continue her quest to find the truth about her past and protect those she cares about.

“Some people call me a hero. Others call me a freak,” she says in the clip. “I didn’t ask for this.”

Maybe not, but she knows that now is the time she has to “make a decision,” and she has two options in front of her: “One, keep denying it. Or two, do something about it.” We have a very strong feeling that she’ll choose the second option.

What would you love to see in season 2 of Jessica Jones? Let us know @BritandCo!