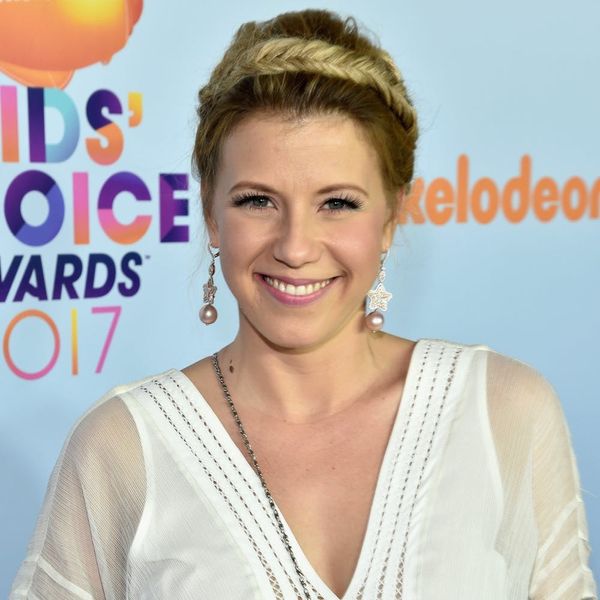 The stars of Fuller House are undoubtedly just as excited as we are over today’s season three premiere, especially since it marks the 30th anniversary of their first foray into fans’ hearts and living rooms on Full House. But Jodie Sweetin (AKA Stephanie Tanner) just made a surprising confession: She’s never actually watched an entire episode of the show that first brought her fame at such a young age.

“I have to be honest,” the 35-year-old actress told the audience at the PaleyFest Fall TV Preview in Beverly Hills, California, on Thursday night, according to People. “I don’t know that I’ve ever watched an entire episode of Full House. Not sat down for an entire episode.”

Sweetin started on the show way back in 1987, when she was just five years old, and it’s been a huge part of her life ever since. But her memories of the series are about filming it, not watching it. And she has a simple explanation for why she still hasn’t caught up on her childhood series: “Now, I don’t have a TV. I have like Netflix and HBO Go, but I don’t have regular TV, so it’s never on in my house.”

But that doesn’t mean that her little ones — nine-year-old Zoie and seven-year-old Beatrix — are out of the loop. Sweetin explained, “My kids watch it, like at their dad’s house, or on the iPads.”

And that’s not the only way her daughters are embracing the Full(er) House vibe. Sweetin revealed that her kids are regulars on set these days. “It’s so fun… because they are such a part of my Full House family too. Both of their birthdays, I was working on set, so they came to set, and we had birthday parties for them there, and cake, and everybody sang, and they got to open presents there.” How cool is that?!

It's been a long journey, and I had the most amazing time traveling... but this is always my happiest place! Home with my two favorite ladies! #momlife #myheart #homeiswheremyheartis❤️

For Sweetin, there’s a deeper significance to those celebrations too: “It’s kind of a full circle moment for me, because I spent all my childhood and so many of my birthdays with these same people on the same set. So it’s pretty incredible to watch my kids get to do it too.”

Be sure to check out the season three premiere of Fuller House today on Netflix.

Can you believe that Jodie Sweetin has never seen an entire episode of Full House? Let us know @BritandCo!