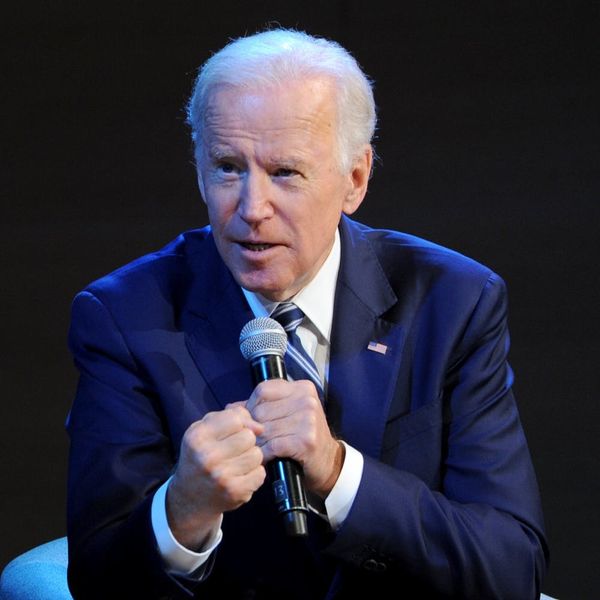 During the 2017 Glamour Women of the Year Summit in New York on Monday, former Vice President Joe Biden sat in on a panel with his wife, Jill, and the mag’s Editor-in-Chief Cindi Leive. After the trio discussed ways which women can make positive cultural changes (and how men can support that), it was time for audience questions.

One member of the audience was Buzzfeed editor Rachel Miller, who asked the former VP about his role in the Anita Hill controversy nearly 30 years ago, and his apology was heartfelt and honest — the way an apology should be.

Using Biden’s assertion that women can do a lot to make positive cultural changes, Miller asked if there was anything the former Senator from Delaware would have done differently during the time that Anita Hill was questioned on sexual misconduct she alleged happened with her former supervisor, Judge Clarence Thomas. Biden was forthright.

“Let’s get something straight here,” Biden answered. “I believed Anita Hill. I voted against Clarence Thomas.” He went on to talk about how at the time, the allegations had to be attached to a person, and it made it impossible for Congress to act on the allegations with an anonymous victim.

When a Supreme Court judge retired in 1991, President George W. Bush nominated then-circuit court judge, Clarence Thomas, to the Supreme Court bench, leading to the standard confirmation hearings. Over the course of the proceedings, law professor Hill was publicly named as one of four victims who had been sexually harassed by Thomas while working with him because of leaked FBI documents.

Because Hill was publicly outed, not only did she face intense media scrutiny, but she was called to testify before Congress during the confirmation hearings. The televised hearings became a circus, and with Hill there to testify on Thomas’ character as a person, her allegations became the top of the news cycle at the time.

“Anita Hill was victimized. There is no question in my mind and every single solitary person on that committee who believed her voted ‘no,'” Biden said of the 52-48 vote, adding, “What I do feel badly about is the bad taste that got left in the mouth of some of the people around Anita Hill, and maybe even Anita, about whether or not the witnesses should have been called who were called and weren’t called, et cetera.”

When Leive followed up by asking the former VP if he had any messages for Hill now, in light of all he’s learned since 1991, Biden delivered his heartfelt apology for the way Hill was treated, and how she may have felt at the time.

“The message I’ve delivered before is I am so sorry if she believes that [she was not given a fair trial]. I am so sorry that she had to go through what she went through. Think of the courage that it took for her to come forward.”

What do you think of Joe Biden’s apology to Anita Hill? Tell us @BritandCo!