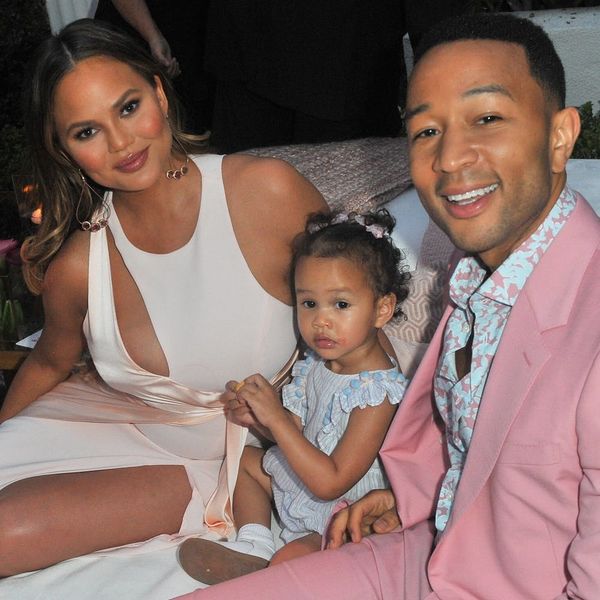 It’s already well established that Chrissy Teigen loves to (lovingly!) troll her husband, John Legend. For over a year, one of her favorite jokes has been pointing out just how much he looks like children’s cartoon character (and bonafide meme) Arthur, and now Legend has responded in a hilarious, if defeated, way.

Teigen re-upped her Arthur jokes in the past week, starting with when she posted a photo of her 2-year-old daughter, Luna, holding a stuffed toy version of the cartoon aardvark. “Luna and daddy,” she captioned the pic, adding in the comments, “This is my childhood Arthur doll. My mom has kept it all this time. Maybe I’ve been attracted to Arthur my whole life and now I found my real life human one.”

Then, this weekend, she went in with not one but TWO new digs, starting with an artist’s cartoon rendition of Legend as Arthur. The second post was a macro of a popular Family Guy meme that was meant to represent her (see, she can laugh at herself too!) alongside yet another picture of someone she initially thought was Arthur. (It was actually Arthur’s dad.) The text on the post read, “When you find your cartoon soulmate.”

Legend waded into the comments of the first post on Sunday, writing, “Enough is enough.” But then he took the matter to his own account. Late Sunday evening, the “All of Me” singer posted an adorable snap of Luna playing with her grandfather (his father). Also in the photo? That dang Arthur doll.

“Luna and Grandpa (and a stuffed animal whose name we shall not speak),” he captioned the image.

Something tells us this meme battle isn’t over just yet.

What do you think of John’s response? Let us know @BritandCo!