Why These Arthur + D.W. Memes Are Suddenly Taking Over the Internet 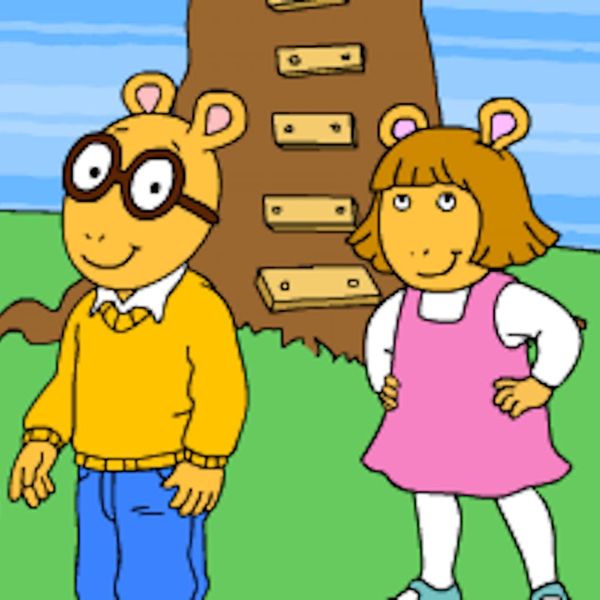 Unless you’re new to the Internet, you’ve noticed that the cartoons of your childhood make up a good portion of the best memes. SpongeBob SquarePants, Rugrats and Arthur make up some of the biggest ones, with the latter especially having a current explosion of meme-ablity. Now, nearly 20 years after Arthur debuted on PBS, the anthropomorphic aardvark is all up in your Twitter timeline. Look familiar?

The close up of Arthur’s clenched fist is the newest — and maybe best — in an ongoing series of Arthur memes. It traces back to an episode of the show called “Arthur’s Big Hit,” in which Arthur clenches his fist before punching his little sister D.W. (who has also been a Tumblr fave for a long time) for breaking his model airplane. (Yikes.)

This episode spawned a meme of its own a few years back, resulting in dozens of weird mashup edits on YouTube. Then, last week, when Twitter user @AlmostJT tweeted (and since deleted) the famous fist screenshot with the caption, “This is just a pic of Arthur’s fist but idk how I feel that it’s just so relatable. So many emotions in one fist,” it nailed why it’s so funny. The #ArthurFist meme took on a life of its own, being used to convey everything from too-real everyday minutiae to current events, and hasn’t slowed down since.

"this email and password combination could not be found" pic.twitter.com/RefqffLF8A

"Can you pass me my charger?"

"What percent you on?" pic.twitter.com/Rlba9y4SdW

when you realize this meme is just a distraction by the government to make us forget about Harambe's death pic.twitter.com/6OGtBuA6H2

Waiter: "checks together or separate?"
Her: "together"
Me: pic.twitter.com/bPOKZOazLf

When you offer someone food to be nice and they actually say yes pic.twitter.com/gu3K3cxTKV

The Arthur takeover snowballed quickly from there, and D.W., Francine, Muffy and more started popping up as well (sometimes in some unnecessarily ~NSFW~ scenarios, which network WGBH has expressed disappointment over).

When you've scrolled all the way down to his 187th week on instagram & know every woman you should keep tabs on pic.twitter.com/cHao80Xm4b

"Yeah Ima listen to your soundcloud bro I got you." pic.twitter.com/xRthLZnJef

"Make sure you get the belt in the pic too" pic.twitter.com/2OMN0Bzi5Y

It’s been a week since the Arthur explosion, which in Internet years is basically a lifetime, so it’s bound to burn out soon. We can’t wait to see what floods our feeds next.