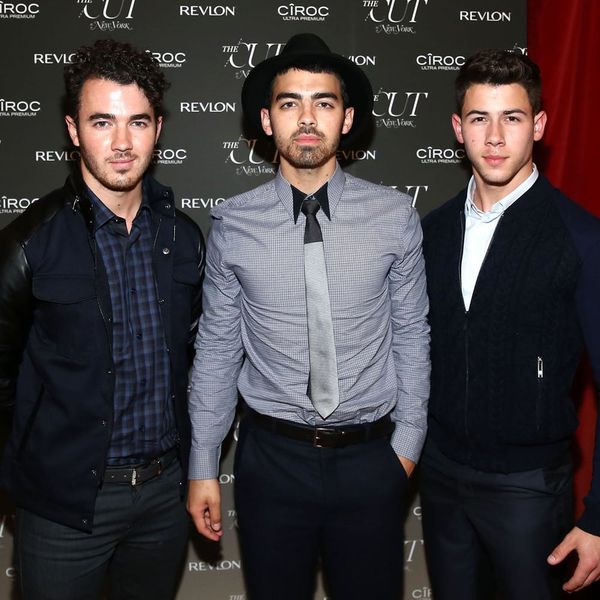 The Jonas Brothers have been known to take to social media to celebrate important career milestones — like the recent anniversary of Camp Rock — and on Sunday, August 12, they reminisced on the decade that has passed since the release of their album A Little Bit Longer.

“Umm you guys… A Little Bit Longer is 10 years old today,” Joe tweeted, complete with a smiling old-man emoji. Kevin chimed in to wish the band’s third album a happy birthday, while also shouting out his two brothers. “I love you guys,” he wrote, tagging his bandmates.

Nick, who joked that he was “getting old,” was a little more emotional about the milestone and took time to thank the people who supported the band throughout their career. “Hard to believe our album A Little Bit Longer came out 10 years ago today,” he tweeted. “So grateful to all of the amazing fans who made this chapter of my life so incredible.”

After A Little Bit Longer, the Jonas Brothers released one more album, 2009’s Lines, Vines and Trying Times, before officially calling it quits in October 2013. The breakup left fans devastated, and as the Bros got nostalgic on Twitter, their fans joined in, recalling their memories of the A Little Bit Longer album like it was yesterday.

“Would love to know how many hours I spent listening to this on my iPod Nano whilst looking out the car window and pretending I’d just broken up with Nick Jonas and all the sad songs were about me,” one fan tweeted.

“It’s weird that I remember being 16 running to Times Square to buy A Little Bit Longer but have no idea what I did last week,” another fan joked.

In early 2018, the Jonas Brothers sparked reunion rumors when their long-dormant Instagram account was reactivated suddenly. Later that same month, both Kevin and Joe posted a new pic of the three brothers convening and having what appeared to be a serious discussion. So far, however, there’s been no news of more music or an official reunion.

Do you remember when A Little Bit Longer came out? Let us know @BritandCo!