Here’s Why Fans Think the Jonas Brothers Might Be Reuniting 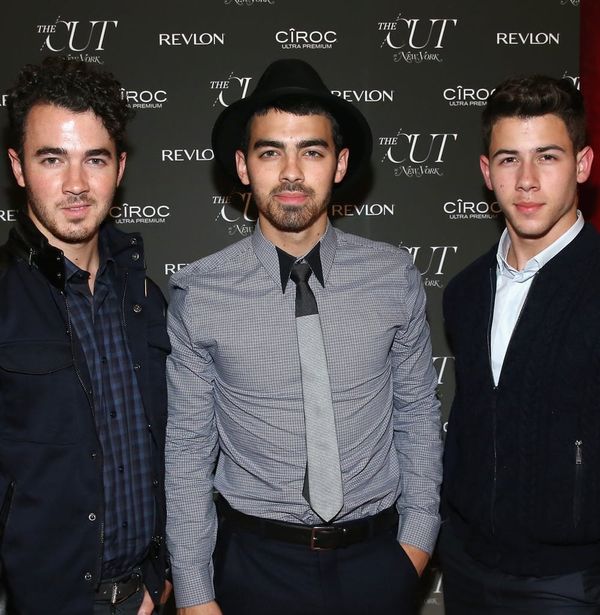 Nick, Joe, and Kevin Jonas have carved their own paths musically and personally in recent years, taking on new projects, engagements, and babies along the way. But some recent online clues have led fans to think that they could be reuniting as the Jonas Brothers — and people are (predictably) freaking out.

The rumors started when some eagle-eyed fans noticed that the band’s long-dormant Instagram account had been reactivated on Monday, January 15. The last photo posted on the account is from July 22, 2013, just three months before they officially announced their split.

The comments section on the five-year-old pic immediately came to life, with fans welcoming them back and demanding answers.

“THEY’RE TRENDING ON TWITTER IS IT TRUE,” one user wrote, while another excited fan asked (also in all caps), “WHY Y’ALL REACTIVATED YOUR ACCOUNT?”

The same day, musician Ryan Liestman, who played in the Jonas Brothers’ live band back in the day, posted a photo with Nick, Joe, and Kevin in Los Angeles, captioning it “family reunion.” Hmmmm!

The prospect was too much to take for some fans, and Twitter started melting down, with the Jonas Brothers becoming a trending topic on the platform. Many fans who are now in their mid-20s and older are ready to relive their youth — and won’t let anyone get in the way.

22 year old me pushing preteens out of the way if the Jonas Brothers have a reunion tour pic.twitter.com/2FYAvOprF7

jonas brothers twitter has slumbered for years and is fuckin ready

Jonas Brothers is trending and my 15 year old heart can't take it. I said I didn't plan on going to any concerts this year but… oh how the tables have turned. pic.twitter.com/whd9HxWdSY

So far, the Jonas Brothers themselves haven’t commented or posted any telling info, so we’ll just have to keep watching for updates!

Would you freak out over a Jonas Brothers reunion? Let us know @BritandCo!