Justin Bieber’s Date to The Grammys Was His Little Brother 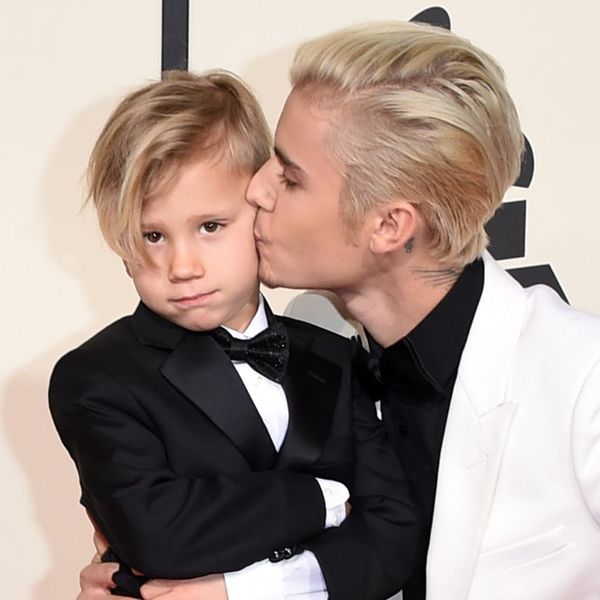 Speculation may have been swirling about who Justin Bieber would be taking to tonight’s 58th Grammy Awards, with rumors that it might be current friendly fling Hailey Baldwin or one of his many other gorgeous gal pals. But it turned out not to be a lovely lady at all accompanying the pop star in front of the rows of cameras. Instead, the Biebs brought his little brother along with him on the red carpet.

Jaxon Beiber may only be six years old, but he’s already capable of striking a pretty fierce pose, even when his big brother is giving him a sweet smooch on the cheek.

Justin is attending tonight’s awards as a performer, which his baby bro is surely looking forward to seeing. Ya know, if he’s allowed to stay up that late.

Did you think it was super sweet for Justin Bieber to bring his little brother to the Grammys? Tweet us @britandco!

Desiree O
Desirée O is a ‘Professional Bohemian’ who loves anything and everything related to the arts, entertainment, and pop culture. She ADORES being a ‘Newsy’ for Brit + Co, covering all of the latest tidbits of awesomeness that you want to read about. When she’s not writing, she’s either making messy art, going on long adventurous walks with her camera, or poking around over at bohemianizm (http://www.bohemianizm.com/). You can find out about Desirée O and her work at http://DesireeO.com/ or follow her on Twitter @DesireeO.
Grammy Awards
Celebrity News
Grammy Awards
More From Celebrity News