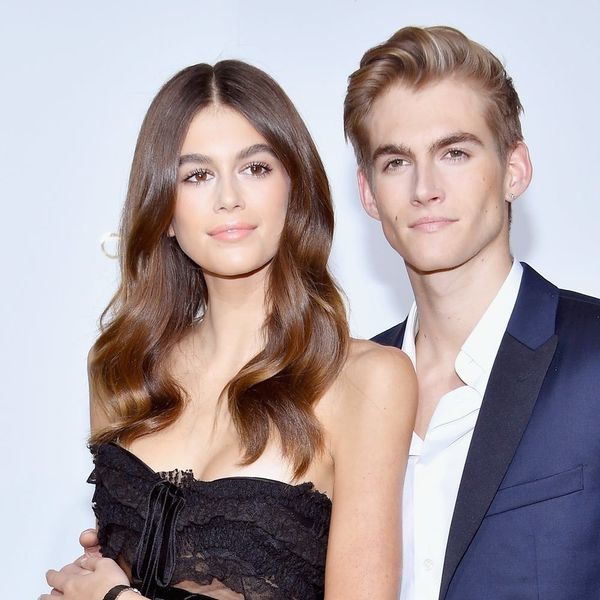 The runways of NYFW aren’t the only places 16-year-old Kaia Gerber is making her mark! Thanks to big bro Presley Gerber, she’ll also live on in ink form forever — or at least her name will! The 18-year-old posted an Instagram pic of his brand new body art, which pays homage to his younger sister in a *very* permanent way. Scrawled in delicate cursive on his upper arm, the tat simply reads “Kaia,” followed by what appears to be a roman numeral 23.

Though model hasn’t confirmed the meaning of “XXIII,” at least one fan has speculated that it could refer to the date his sis walked in her first couture show (i.e. Chanel at Paris Fashion Week on 1/23).

Celeb tattoo artist, Jon Boy, was behind the Fashion Week ink, and, according to reports from E!, his girlfriend (Charlotte D’Alessio) and his supermodel sis tagged along.

The simple design is undeniably pretty, but more importantly, it is such a sweet gesture. “This got me in tears!!,” one user said, with another reading, “coolest bro ever.”

And as for its honoree? She absolutely loved it. “Best big bro ever,” Cindy Crawford’s daughter gushed on Instagram stories.

Looks like the big brother bar has just been raised!

What do you think of Presley Gerber’s tattoo? Let us know @BritandCo!