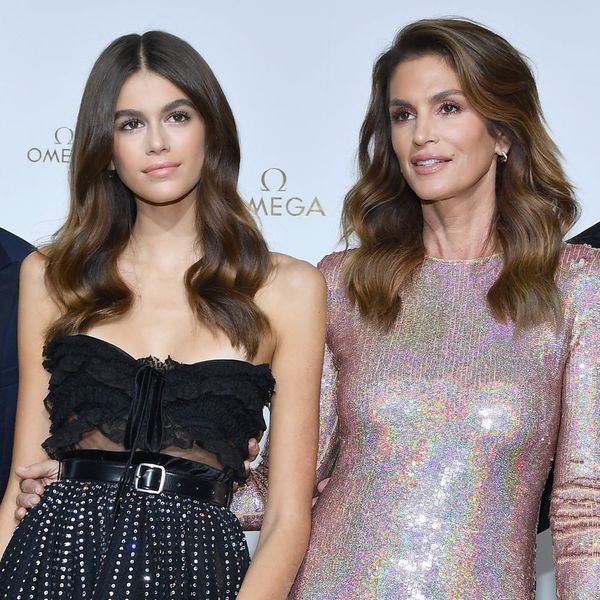 Kaia Gerber has an impressive resume for a 16-year-old. She starred in her first Fashion Week show this year and already has modeling gigs for Vogue, Teen Vogue, and Pop Magazine under her belt. And it’s no small thanks to her supermodel DNA that’s blessed her with an ultra-striking resemblance to her mama, the famous Cindy Crawford.

School pics, now and then.

Gerber’s mom posted a side-by-side shot of her and her daughter’s yearbook photos, in which they both look impossibly glamorous for a student snapshot. She captioned it, “School pics, now and then.” Those matching million-dollar smiles, the enviable brows, and the glossy brunette locks — the apple certainly didn’t fall far from the tree.

And if Crawford’s career is anything to go by, what with the resemblance between the two, it’s likely that Gerber has a long and successful road ahead of her.

What do you think of the lookalikes? Tell us @BritandCo!

Shea Lignitz
Shea can be found in the nearest bookstore or brewery, exploring the great outdoors, or blasting Led Zeppelin. She grew up in the cold and rain of Northern California's redwoods but is currently wandering around Texas.
Celebrity
Celebrity News
Celebrity