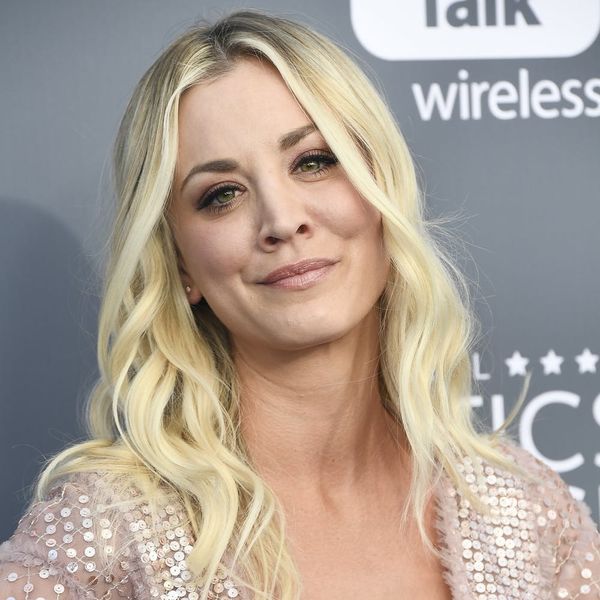 The Big Bang Theory is headed into its 12th and final season this fall, and while fans undoubtedly have a lot of hopes and opinions about what should happen on the show, series star Kaley Cuoco’s wish is simple: She wants the elevator in the fictional building where her character lives to finally, finally be repaired.

“I would like the elevator to get fixed,” she joked on The Late Late Show With James Corden. “Simple request, right?”

The elevator in question has been broken since the sitcom’s pilot way back in 2007. Leonard and Sheldon destroyed it during an experiment-gone-wrong with rocket fuel, so they and the rest of their friends, including Penny (Cuoco), have had to use the stairs instead.

“The stairs have gotten more and more exhausting as our seasons have gone on,” Cuoco quipped to Corden. “Season 1 and 2 we were running up there. And now it’s season 12, we’re all a little bit older, [it’s] a little more difficult getting up those steps. So I’d like the elevator to work.”

On a more serious note, the actress opened up about the heartbreak she and the rest of the cast felt when they learned the show was ending.

“It was definitely tough. There was not a dry eye in the room. A lot of hysterical sobs,” she shared. “I think I wrote this on my social, it wouldn’t have mattered when it ended, we all would’ve been completely devastated.”

That said, the show has had a long run, and Cuoco and her costars are “very grateful” for the years they did have together. “It’s time to, I guess, move on to other things, which is so heartbreaking, you know? But it would’ve been heartbreaking no matter when.”

The final season of The Big Bang Theory will premiere on September 24 at 8pm ET/PT on CBS.

How did you react to the news that The Big Bang Theory is ending? Let us know @BritandCo.