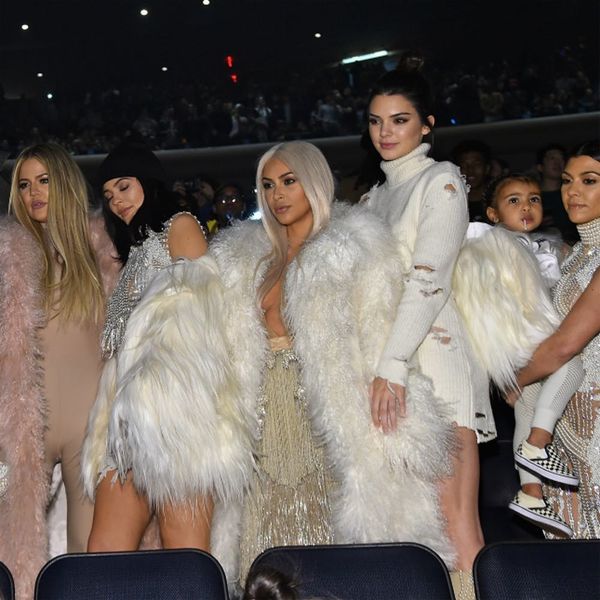 You’d think that each of the Kardashian sisters share health and diet tips, like they do fashion. But if we’ve learned anything about them over the years, we know that they truly are very different from one another. While they’ve shared some of their workout tips, like Khloé’s fitness routine, we know, just like the sisters do, that exercise alone can’t make you super fit. As the saying goes, “A six pack is made in the kitchen, not the gym,” and lucky for us, KoKo is spilling the beans on what exactly each of her sisters eats to stay in such great shape.

According to KoKo, sister Kim is on a super restricted Atkins-style diet, where she doesn’t have any sugar or carbs; something that Khloé says she couldn’t last a day on.

Kourt, on the other hand, has “convinced herself” that she’s allergic to dairy and gluten and eats all organic. Khloé calls this the most “cray” of all her sisters.

#ad @diffeyewear is helping to give the gift of sight to those in need. I have teamed up with them to double their donations for every pair sold in the next 24 hours so that we can do even more good together. Help us spread the love #diffeyewear

As for Kylie and Kendall? Well, it seems like they eat mostly like teens, although Kylie is more interested in moderation, while Kendall eats nothing but junk food, or “the anti-model diet.”

We’re definitely more into Kendall’s eating style, but we know that each of the Kardashian sisters are doing what they feel is right for them. And we think that’s awesome.

Do you eat a diet similar to one of the Kardashian sisters? Tell us @Britandco!

Kat Armstrong
Kat has been a writer, social media maven and mom for longer than she's willing to admit. She's also spent time in front of and behind the camera, interviewing celebs, politicians and acting as a producer for fashion and artistic photography shoots. When she isn't writing for various orgs and publications, she's hanging with her kids, husband and French Bulldog, Peter, in Toronto, Canada.
Diet
Celebrity News
Diet Kardashians
More From Celebrity News