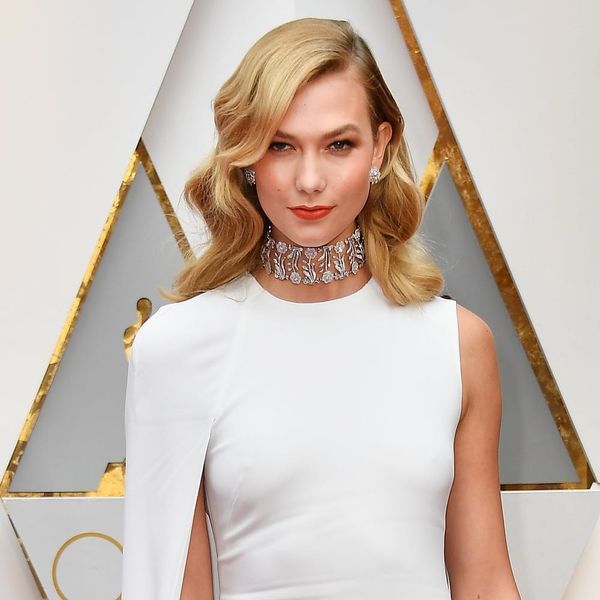 From the runway to the aisle. Model Karlie Kloss took to Instagram on Tuesday, July 24, to announce that she’s engaged to Joshua Kushner after six years of dating.

The 25-year-old founder of Kode with Klossy posted a photo of herself and her fiancé, adding the caption, “I love you more than I have words to express. Josh, you’re my best friend and my soulmate. I can’t wait for forever together. Yes a million times over.” She ended the message with a diamond ring emoji.

Kushner, an entrepreneur and venture capitalist who is the younger brother of Jared Kushner (a senior adviser to President Trump and husband of Ivanka Trump), proposed a few weeks ago during a romantic weekend in upstate New York, according to People magazine.

The pair have been together since 2012, but they keep their relationship relatively private. Kloss opened up about why in Porter‘s summer 2018 issue, saying, “It’s not like I’ve ever wanted to be so secretive about my private life. Carolina Herrera always says, ‘A woman who’s an open book is boring.’ There’s no mystery anymore. I know in my life what really matters to me. I’m not trying to hide that from the world. I just really like having a more private life. I’ve got nothing to hide, though!”

Kloss certainly wasn’t hiding her affection for Kushner when she posted about him on his 33rd birthday, while the two were vacationing in Tokyo. “Happy Birthday to my love + my best friend in the Universe. Love you more than I can ever express,” she wrote.

Desiree O
Desirée O is a ‘Professional Bohemian’ who loves anything and everything related to the arts, entertainment, and pop culture. She ADORES being a ‘Newsy’ for Brit + Co, covering all of the latest tidbits of awesomeness that you want to read about. When she’s not writing, she’s either making messy art, going on long adventurous walks with her camera, or poking around over at bohemianizm (http://www.bohemianizm.com/). You can find out about Desirée O and her work at http://DesireeO.com/ or follow her on Twitter @DesireeO.
Celebrity Couples
Celebrity News
Celebrity Couples Celebrity Engagement Engagement
More From Celebrity News