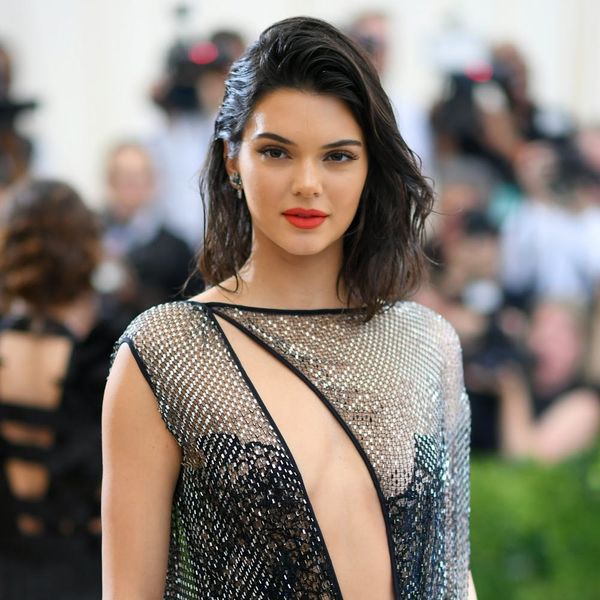 Pepsi’s protest-themed ad starring Kendall Jenner has been pulled from pretty much everywhere, but the controversy around it isn’t so easily erased. Though Pepsi apologized and Jenner’s family (including older sister Kim Kardashian West) came to her defense, Jenner herself opted to stay silent on the matter — in public, at least. Now, four months later, we’re seeing how she dealt with the backlash in private.

A new preview for the 14th season of Keeping Up With the Kardashians offers a quick glimpse at Jenner’s reaction to being called out for her part in the Pepsi fiasco. It’s just a few seconds of footage, but it’s enough to understand where her head was at when things came crashing down.

In the short clip, the 21-year-old sits on a bed with Kardashian West and admits, “It feels like my life is over.” She seems genuinely worried that she may have done some serious damage.

Her sister states things simply, but firmly, saying, “You made a mistake.” True enough. And we can all learn from our mistakes.

Jenner certainly learned from hers, according to Kardashian West. “She totally understood at the end of the day and she felt really awful for it and she just wants to move on from it,” the Kimoji creator previously told Watch What Happens Live host Andy Cohen of the controversy. “You know, I think anytime someone does anything, they don’t have bad intentions of doing it a certain way. Especially Kendall’s so sensitive, she would never mean for anyone to perceive anything in a negative way.”

Be sure to watch all of the action when E!’s Keeping Up With the Kardashians 10-Year Anniversary Special airs Sunday, September 24, at 9pm ET and when season 14 of the reality series premieres Sunday, October 1, at 9pm ET.

What do you think about Kendall Jenner’s reaction to the Pepsi ad backlash? Let us know @BritandCo.

Desiree O
Desirée O is a ‘Professional Bohemian’ who loves anything and everything related to the arts, entertainment, and pop culture. She ADORES being a ‘Newsy’ for Brit + Co, covering all of the latest tidbits of awesomeness that you want to read about. When she’s not writing, she’s either making messy art, going on long adventurous walks with her camera, or poking around over at bohemianizm (http://www.bohemianizm.com/). You can find out about Desirée O and her work at http://DesireeO.com/ or follow her on Twitter @DesireeO.
Kardashians
TV
Kardashians
More From TV