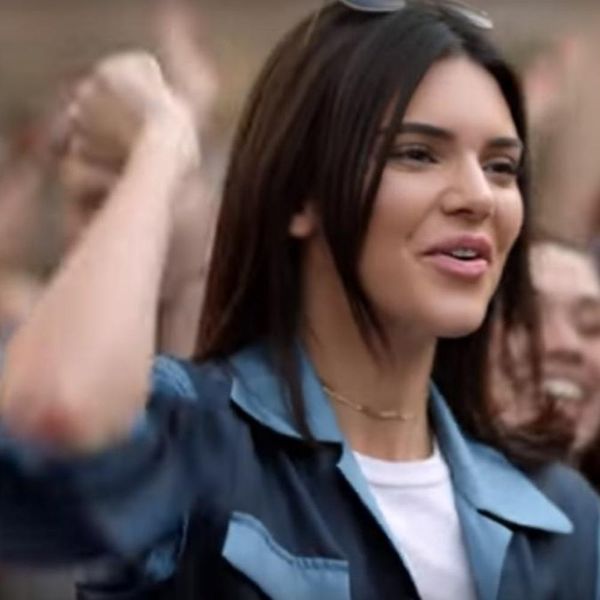 Kendall Jenner was surely psyched when she landed a gig as the new face of Pepsi. But as soon as the protest-themed campaign was released, peeps… freaked.. out! And while anyone who watched the ad probably could’ve seen the trouble coming from a mile away, Pepsi was apparently totally shocked by the backlash and has already pulled the controversial ad.

Less than 24 hours after releasing the new commercial which featured the reality TV star and model ditching work to join a protest — or rather, to hand out Pepsi in shots that are being accused of co-opting images from Black Lives Matter and resistance protests — one of the biggest brands in the world has admitted that they made a HUGE mistake.

“Pepsi was trying to project a global message of unity, peace, and understanding,” the cola brand tweeted while assuring the public that the video would be pulled from Youtube and not appear on any other platforms. They also added, “Clearly we missed the mark, and we apologize. We did not intend to make light of any serious issue.”

With an additional apology for “putting Kendall Jenner in this position,” Pepsi is definitely attempting to absolve the celeb of any blame as well as cool off the social media firestorm.

Do you think that Pepsi should have pulled the ad or not? Let us know @BritandCo!

Desiree O
Desirée O is a ‘Professional Bohemian’ who loves anything and everything related to the arts, entertainment, and pop culture. She ADORES being a ‘Newsy’ for Brit + Co, covering all of the latest tidbits of awesomeness that you want to read about. When she’s not writing, she’s either making messy art, going on long adventurous walks with her camera, or poking around over at bohemianizm (http://www.bohemianizm.com/). You can find out about Desirée O and her work at http://DesireeO.com/ or follow her on Twitter @DesireeO.
Kardashians
Pop Culture
Kardashians