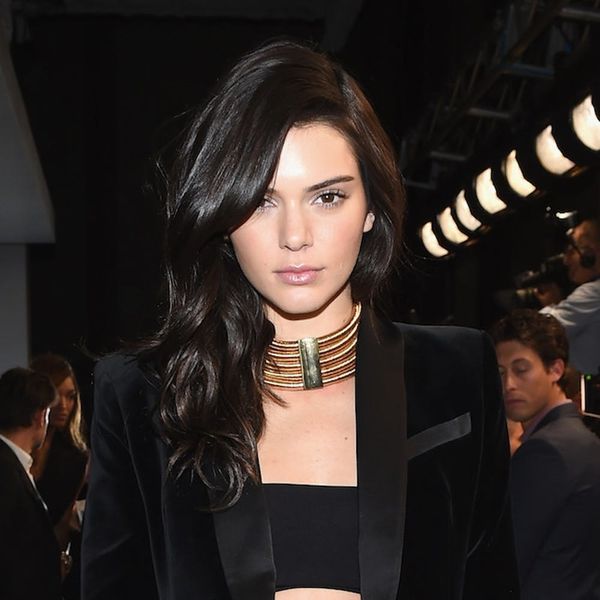 Some controversy for Kendall Jenner and shocking details of Mel B’s divorce lead this morning’s top news stories. Check those and more out below.

who else is reminded of Dr Martin Luther King's famously resonant "I have a Pepsi" speech pic.twitter.com/xX5h3it3d1

1. By now you’ve probably seen Kendall Jenner’s new Pepsi ad, one where she ditches a photoshoot mid-way to join a protest. What is likely intended to highlight current youth engagement, many have pointed out, ends up coming off exploitative of the acts of resistance happening in the wake of political and police forces — the scene where Jenner hands a police officer a Pepsi especially being seen as a nod to the iconic photo of Black Lives Matter protester Ieshia Evans’ arrest in Baton Rouge.

2. The details of Mel B’s divorce have emerged, and they’re horrifying. Mel B filed for divorce from her husband of 10 years last month, and has now filed for a restraining order. In the paperwork, obtained by People, Mel B says she fears for her life after years of allegedly being abused emotionally, physically, and sexually, with her ex forcing her into sexual situations with him and other people. Mel says she would be forced to post photos of her injuries to social media and make up an excuse, like that she fell while running in heels, to cover it up. Her ex also allegedly kept her passport from her to prevent her from seeing her dying father recently, and she had to obtain emergency documents to be able to see him before he passed away. Her ex has denied the allegations and calls them shocking. (Photo via Jemal Countess/Getty)

9 years already??? Congratulations to the Carters❤❤on their Anniversary 💐 ( thats my arm fixing the dress lol) Thats my minister Rudy Rasmus who married Solange, Beyonce and me❤

3. We all got to celebrate Jay and Bey’s anniversary with this rare wedding day photo. In case the emotional family movie Bey released for Jay yesterday wasn’t enough, relish in this rare wedding day photo shared by Beyonce’s mom, Tina. “Thats my arm fixing the dress lol,” Tina wrote about the dress she designed, also sharing another detail about the day. “Thats my minister Rudy Rasmus who married Solange, Beyonce and me.” More please, Tina!

4. Netflix’s first teaser for Marvel’s The Defenders is here and it’s cryptic AF. The super short clip appears to show black-and-white security camera footage from an elevator, but upon closer look, it’s Jessica Jones (Krysten Ritter), Daredevil (Charlie Cox), Luke Cage (Mike Colter), and Iron Fist (Finn Jones). We see them for only a few seconds before Jones jumps up and smashes the camera. Eeee! There are lots of little easter eggs in it too — like the release date as a timestamp (August 18, 2017), and some other characters in the upper left hand corner that when typed into a browser as URL take you to a working website.

5. Dictionary.com has added “sext,” “man bun,” and more new words to its database. Look, dictionaries have to keep up with the times. While making sure important things like Black Lives Matter are represented, Dictionary.com also added dabbing, hangry, slay, and dad bod, among more, to its listings. Hello, fellow kids! (h/t Mashable, photo via Stu Forster/Getty)

6. Quote of the day: “If you’re offered a seat on a rocket ship, don’t ask what seat! Just get on.” Sheryl Sandberg’s always got wise words to keep in mind, and with today being Go for Broke day, this one feels timely.

Are you someone who likes to risk it all, or do you play it safe? Let us know @BritandCo!