Kendall Jenner Poses With a Cockatoo on the Cover of ‘Vogue’ 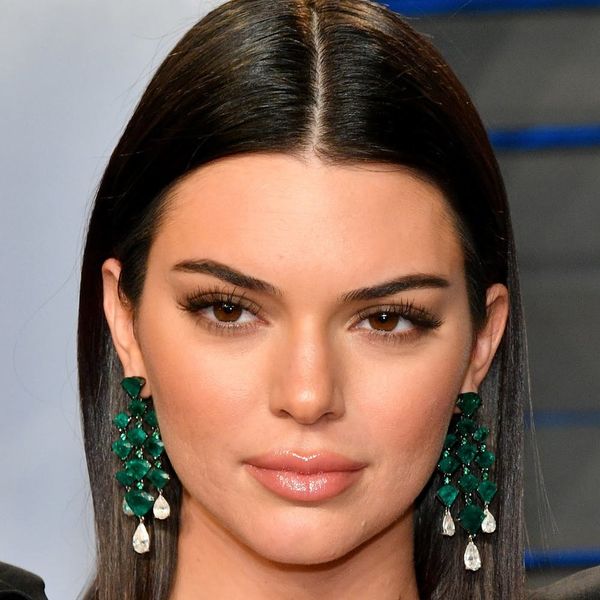 We’ve seen a lot of crazy Vogue shoots in our day, from Katy Perry’s insane Comme des Garçons spread to Gigi and Bella Hadid’s naked shoot for the mag’s British publication, but Kendall Jenner’s latest cover for Vogue just might top them all!

The model, who has appeared on no less than 13 covers for the mag’s various countries (including the coveted 2016 September issue), just debuted the outlet’s April issue over on her Instagram page, and it includes one very special guest.

The photo, shot by Mert Atals and Mac Piggott, showcases the elder Jenner sister in a pink Chanel tulle gown with a silver octopus cocktail ring and… a yellow-crested cockatoo. Jenner’s co-model is a tropical bird found in East Timor and in the Indonesian islands of Sulawesi and Lesser Sundas.

It’s more than we’ve seen from the fashion darling for a while, who was largely absent from Fashion Month, only walking for a week. As she explained to Vogue, she’s pulling back to spend time doing thing she loves — like riding horses, for instance.

“I made it a point at the beginning of 2017 to consciously slow down, take more time for myself, be more selective, and not just do whatever my agents tell me to do,” she said. “I [rode horses] my whole life — it was my life. I didn’t care for anything else. I didn’t care about boys. This is what makes me really happy.”

The KUWTK star also addressed rumors that she is gay or bisexual (“I don’t think I have a bisexual or gay bone in my whole body, but I don’t know! Who knows!? I’m all down for experience — not against it — but I’ve never been there before”), having babies (“I want to have kids, but at like, 28, 29”), and accusations of sexual harassment and assault in her industry (“Luckily, I haven’t been put into a situation like that ever in my life. I’ve heard about it for so long, I get it. I try and understand it”).

Read everything she had to say in the full interview here.

What do you think of Kendall’s cover? Share with us over @BritandCo.

Nicole Briese
Nicole is the weekend editor for Brit + Co who loves bringing you all the latest buzz. When she's not busy typing away into the wee hours, you can usually find her canoodling with her fur babies, rooting around in a bookstore, or rocking out at a concert of some sort (Guns N' Roses forever!). Check out all her latest musings and past work at nicolebjean.com.
Celebrities
Celebrity News
Celebrities Kendall Jenner
More From Celebrity News