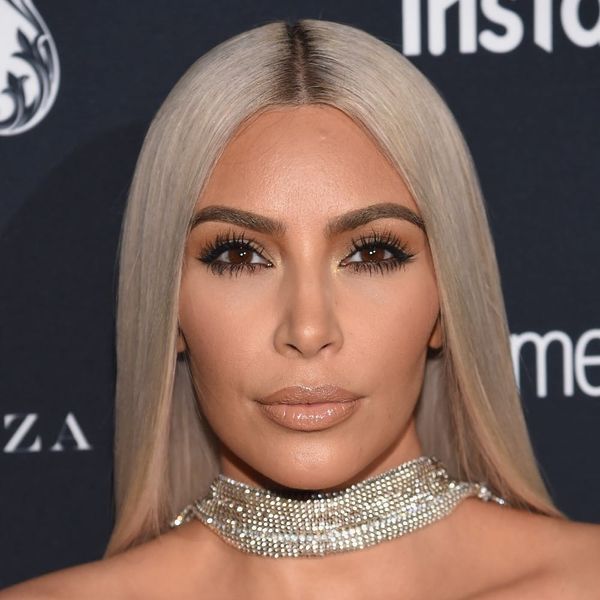 Like grandmother, like granddaughter! Kim Kardashian West and her grandmother, Mary Jo Campbell (AKA “MJ”) have a lot more in common than a penchant for showing off a little skin! As the two recently revealed in a joint interview for Kardashian West’s app, they can also relate when it comes to short-lived marriages.

As you’ll likely recall, the 37-year-old reality star filed for divorce from her second husband, NBA player Kris Humphries, back in 2011, after a mere two months of marriage. (Kris Jenner admitted to having serious misgivings about the union before they said “I do.”) As it turns out, though, it wasn’t a totally unprecedented move for the family. In fact, Campbell actually found herself involved in a similar situation more than 60 years ago!

“We have a lot in common,” Kardashian West said said during their shared time, adding, “We both got married for two months once.” Her grandmother confirmed the news, saying, “We have so much in common. History repeats itself!”

Campbell explained the circumstances surrounding her romantic hiccup: “I can’t believe it, because I was married for two months at 18. Right out of high school I was given an engagement ring, a guy I had been going with for four years.”

Saying yes to her high school sweetheart wasn’t all it was cracked up to be, however. “I just thought, ‘You know what? This isn’t really that much fun,’ so I got out of it. Once you got married you realized it. ‘What did I do?’ And you try to stay in there for a month or so and really try hard and you just can’t. You think, ‘I shouldn’t waste his time.'”

Her granddaughter could clearly relate, saying, “Yes! I get it, grandma. I feel you.”

Have you ever gotten yourself into a situation you had to quickly get out of? Let us know @BritandCo.

Desiree O
Desirée O is a ‘Professional Bohemian’ who loves anything and everything related to the arts, entertainment, and pop culture. She ADORES being a ‘Newsy’ for Brit + Co, covering all of the latest tidbits of awesomeness that you want to read about. When she’s not writing, she’s either making messy art, going on long adventurous walks with her camera, or poking around over at bohemianizm (http://www.bohemianizm.com/). You can find out about Desirée O and her work at http://DesireeO.com/ or follow her on Twitter @DesireeO.
Celebrities
Celebrity News
Celebrities Kardashians marriage