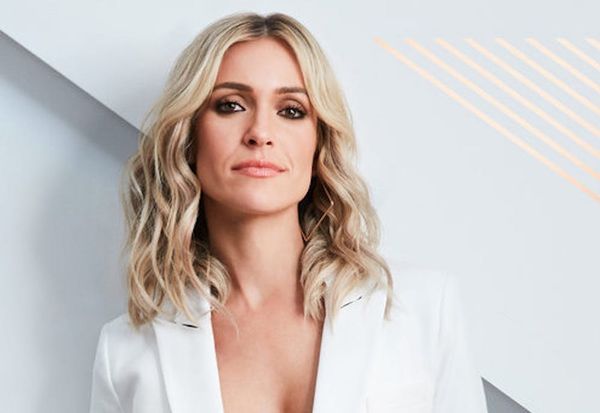 Very Cavallari season 2 premieres on E! on Sunday, March 3, and Kristen Cavallari’s Uncommon James store is going to be busier than ever. That’s why she’s enlisting her husband, Jay Cutler, to work the sales floor — if he can pass her test, that is. Brit + Co has an exclusive first look at a clip in which Cavallari playfully grills Cutler on his knowledge of Uncommon James products to see if he has what it takes to work for her.

Cutler, a former NFL quarterback, is convinced he’d be a better employee than Cavallari’s actual employees, but his sales tactics definitely need work.

The first product she pulls out is a candle. He correctly identifies the type (three-wick) and even the scent (Enchanted Forest, which, according to Cavallari, has been rebranded to Tennessee Pine). When she prompts him to sell it to her, though — “you have one line to say to somebody” — he comes up a bit short.

“Do you want a candle?” Cutler dryly quips.

After struggling to identify and market a charcuterie board, Cutler nails the hypothetical sale of an adorable toddler’s bomber jacket, saying he would pitch it as being for “like a little David Beckham.”

“I feel like that would sell a lot of women on that, for sure,” Cavallari replies. Sold!

Very Cavallari season 1 followed the former Hills star as she opened her Uncommon James brick-and-mortar store in Nashville. In season 2, the focus will shift more to Cavallari and Cutler’s personal lives, with seemingly less store drama and more family heart.

Check out the season 2 premiere on E! on Sunday, March 3, and watch the clip above to see whether Cavallari decides to hire or fire her husband.

Do you think Jay could work at Kristin’s store? Let us know @BritandCo!