10 Shows and Movies to Binge This Weekend 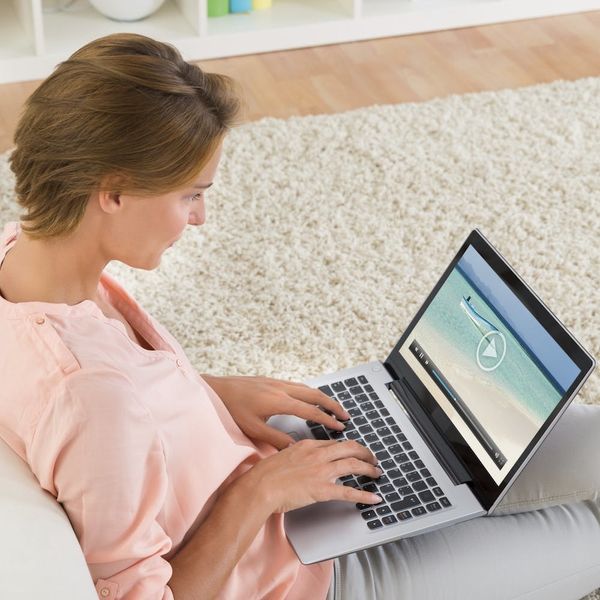 It’s easy to get left behind in May. From congratulating graduates to planning for summer holidays to warm weather parties, there is simply too much to do — and that includes keeping up with all the shows you’ve been missing. So, to help you hone your entertainment focus, we’ve got 10 of the best shows and movies available for streaming right now: some classics, some new hits and some under-the-radar shows that will get you all caught up.

1. 27 Dresses: Wedding season is upon us. If you need some inspiration to push through it — or remind yourself what the whole extravaganza is all about — re-watch 27 Dresses, fresh on HBO. (Photo via HBO)

2. 10 Things I Hate About You: Unquestionably one of the most iconic high school rom coms, 10 Things is one of those movies everybody has to see in order to have a true appreciation for Heath Ledger and the music of Frankie Valli. Watch it quick because it expires from HBO at the end of the month. (Photo via HBO)

FLICKS ABOUT RELATIONSHIPS AND IMPENDING DOOM

3. Seeking a Friend for the End of the World: You shouldn’t need any more incentive to watch this film than the fact that it stars Keira Knightley and Steve Carrell, but just in case you do: It’s vastly underrated, touching and funny. It’s less about the film’s impending apocalypse and more about human relationships — and the killer line “You have a lot of guns and a lot of potato chips.” (Photo via Focus Features)

4. Henry Gamble’s Birthday Party:Henry Gamble was one of the darlings of the indie film world when it made its rounds last year. Now the movie, about the 17-year-old son of a preacher who may or may not be gay, is ready to stream. It’s a thought-provoking must-watch for fans of the understated indie genre, and involves pool parties, barbecue and dread over impending change. (Photo via Henry Gamble)

5. Lady Dynamite: Maria Bamford is an inspiring funny lady. For those who don’t know her story (it involves becoming a successful comedienne whose life comes crashing down due to mental illness), the show will fill you in. And be aware: It’s all satire and sharp wit and what everyone will be talking about on Monday. (Photo via Netflix)

6. Misfits: When a group of juvenile delinquents get struck by lightning while performing community service, they develop super powers. The show — while having a bizarre premise — is full of dark comedy and subtle insights. Plus, last month it was announced that the show was getting an American reboot, so if watch the original version now, you’ll be able to brag to all your friends in the future. (Photo via BBC)

7. Marseille: Marseille, the beautiful, gritty city in the south of France, is now the setting for a hit Netflix original. The show is the first time Netflix has forayed into foreign language and stars French megastar Gerard Depardieu. The show is gripping, beautifully shot and will probably inspire you to instantly book a trip to the south of France. (Photo via Netflix)

8. The Good Wife: Although The Good Wife just ended its epic seven-season run, that doesn’t mean it’s too late to jump on board the bandwagon. In fact, just the opposite: Now is the perfect time to start watching, because you can binge your way through the entire addictive series. The character development and plot are so beautifully woven, you’ll wonder how you ever lived without watching the show. (Photo via CBS)

9. Poldark: For those who can’t get enough of British historical dramas, make sure to check out Poldark as it premieres on Amazon Prime. The show’s about a soldier who returns home after his side lost the Revolutionary War. It’s an interesting perspective we don’t often think about stateside. But the show goes deeper than that: It’s a romance that will tug at the heartstrings of any sucker for 19th century, authentic period pieces. (Photo via PBS)

10. Mr. Selfridge: The Final Season: Selfridge’s in London is an epic department store. It’s luxurious, beautiful and comes with an intriguing back story. It’s a charming and endearing true story about characters that are larger than life. (Photo via PBS)

What else do you plan on catching up on this weekend? Let us know @BritandCo!