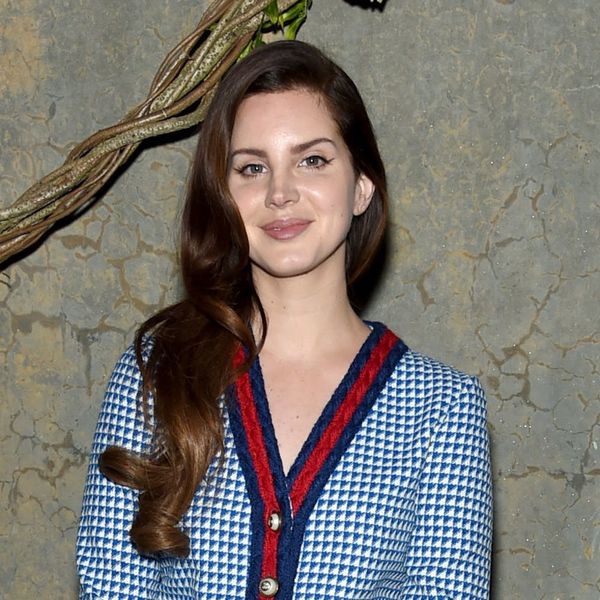 Lana Del Rey’s luscious locks are as much a signature of the singer as her darkly romantic moody ballads. Whether she’s blonde, red haired, or brunette, the 32-year-old has never varied from her retro-inspired, Priscilla Presley-esque hair. But fall is a time for change, and even the “Love” crooner isn’t immune!

While performing in New York City last night, the gorgeous musician stepped onstage with a fresh new, shorter ‘do. Gone are her big ’40s-style bouffants and wavy lengths.

Instead, she debuted a slightly more modern, shoulder-grazing lob. Don’t worry about Del Rey ditching the nostalgic persona that made her famous though: The look still had a retro flair with a half-center part and teased crown. However, the new chop does a great job framing Del Rey’s stunning features.

“Shorter — Last night’s look for Lana Del Rey,” Anna Cofone, the mastermind stylist behind the look, wrote on a black and white snap uploaded to her Instagram. Between this and Mila Kunis and Kristen Bell’s matching new “friendship haircuts,” it’s all we can do not to run straight to the salon for a trim.

What do you think of Lana’s new cut? Fill us in over @BritandCo.

Nicole Briese
Nicole is the weekend editor for Brit + Co who loves bringing you all the latest buzz. When she's not busy typing away into the wee hours, you can usually find her canoodling with her fur babies, rooting around in a bookstore, or rocking out at a concert of some sort (Guns N' Roses forever!). Check out all her latest musings and past work at nicolebjean.com.
Celebrity Hair
Hair
Celebrity Hair Hair Haircuts
More From Hair