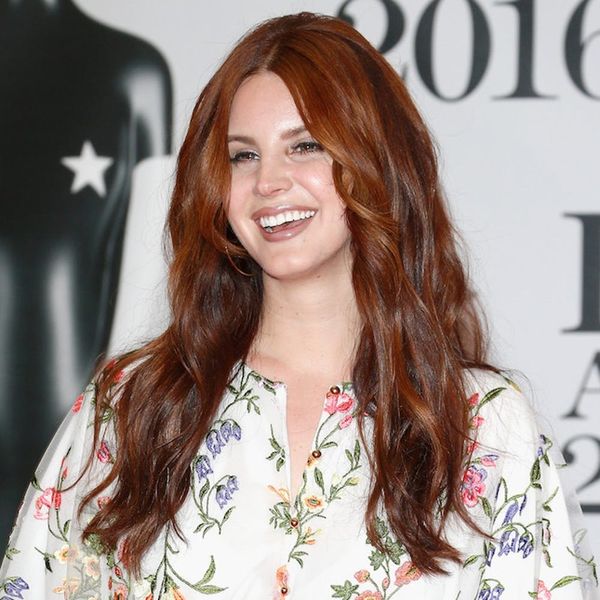 It’s been far too long since we’ve heard anything from Lana Del Rey; when we last saw her, she was rocking a fresh blonde mane that made her look weirdly like blonde Lindsay Lohan (but not so much like Ariel-red Lindsay, natch). As she prepares to release her fifth studio album, Lana released the video for her new single “Love,” and her look is back to being as on-point as ever in the sci-fi love story clip that’s sure to be a staple in your summer soundtrack.

She’s traded the light locks for her trademark long, lustrous brown hair, with adorable daisy clip-ons scattered throughout, and her dreamy, lacy white ensemble is a baby-doll dress with long bell sleeves. She’s the perfect combo of ’90s goddess and happy ’60s hippie, and she basically just defined our spring and summer wardrobe goals in one video.

With the devastating news that a very pregnant Beyoncé has cancelled her Coachella headlining performance due to doctor’s orders, maybe Lana could just suuuper casually fill in? It’s not too hard to picture, considering every girl in attendance will rock a style that will more than likely resemble hers in some way anyway.

Lana’s upcoming album doesn’t have a title or release date just yet, but she recently told Rolling Stone that her “first four albums [were] for me, but this one is for my fans and about where I hope we are all headed.” Wherever it is, we’re coming with you, Lana.

What do you think of Lana Del Rey’s stylish new video? Let us know over @BritandCo.