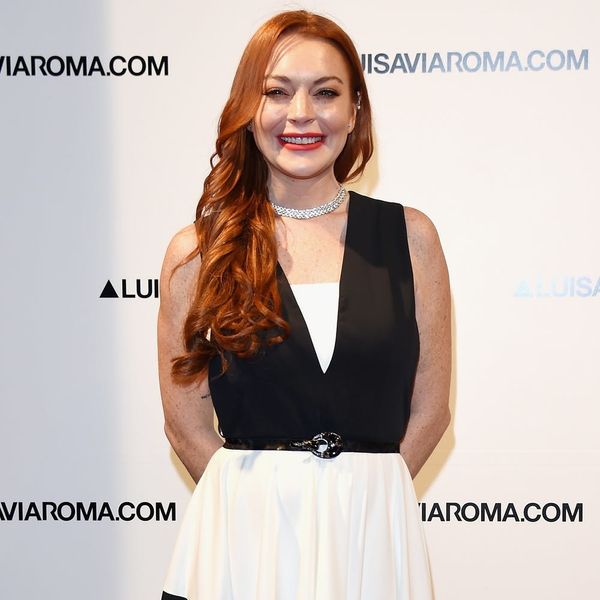 Just one day after we caught wind of the EPIC casting that was released for the live-action remake of The Lion King, it seems that another star has her eye on one of the 15 other real-life versions of Disney fims on the way: particularly, The Little Mermaid.

On a side-by-side shot of herself with a new, vibrant red ‘do and the original cartoon mermaid that started it all, Lindsay Lohan writes, “I will sing again, as #Ariel #TheLittleMermaid. @Disney, approve that, #Billcondon direct it, along with my sister @alianamusic singing the theme song for the soundtrack. Also, @kgrahamsfb plays Ursula. Simply because she is the best. Take one. @Disneystudios.”

Hmmm. TBH, it’s actually not a terrible idea! Linds (who also recently called for a sequel to Mean Girls) got her start with Disney, after all (The Parent Trap, anyone?), and you might recall her brief stint in music, first with Speak in 2004, then with her single “Bossy” in 2008. We think this just could be her big comeback — if Disney (and the movie’s other star, Lin-Manuel Miranda) is on board, that is.

She’s made some questionable choices in the past (see: her lingerie-clad tribute to lives being lost in Turkey) that might not sit so well with the House of Mouse, but she does seem to be turning her life around as of late, with a possible new religion and messages of peace.

We’d at least be open to giving her a chance… though we’ve gotta say — girl’s got some STIFF competition in the form of Sara Bareilles, who blew us away as the lead in The Little Mermaid’s live theatre show.

Would you want to see Lindsay play Ariel? Share with us @BritandCo.

Nicole Briese
Nicole is the weekend editor for Brit + Co who loves bringing you all the latest buzz. When she's not busy typing away into the wee hours, you can usually find her canoodling with her fur babies, rooting around in a bookstore, or rocking out at a concert of some sort (Guns N' Roses forever!). Check out all her latest musings and past work at nicolebjean.com.
Disney
Hair
Disney