Beyoncé Made the Coachella Announcement You Don’t Want to Hear 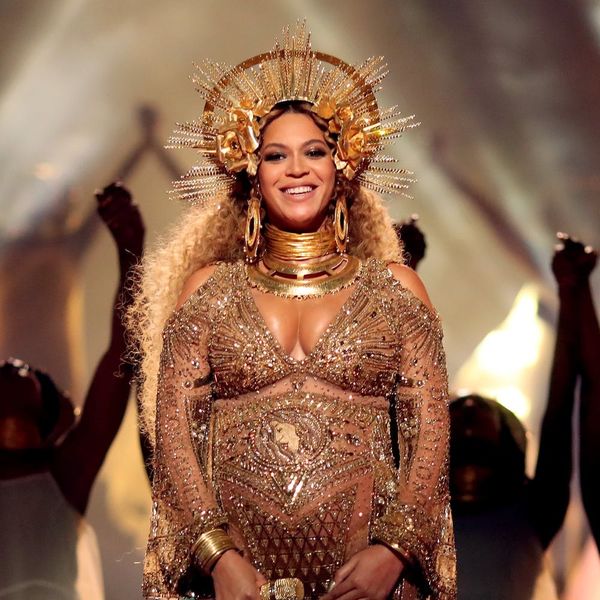 There’s no doubt that Beyoncé slayed her Grammys performance both despite (and because!) she was very visibly pregnant with twins. But that doesn’t mean that fans weren’t still questioning whether or not she’d be able to tackle her wildly anticipated Coachella performance later down the line. Now, unfortunately, we have our answer, and it’s not one you’ll likely want to hear.

According to The Hollywood Reporter, Beyoncé’s entertainment and festival team, Goldenvoice and Parkwood, gave a statement which explained that it wasn’t in fact Beyoncé’s choice, but a decision made based on doctor’s orders. “Following the advice of her doctors to keep a less rigorous schedule in the coming months, Beyoncé has made the decision to forgo performing at the 2017 Coachella Valley Music & Arts Festival.”

But don’t worry, fest-lovers: It’s not ALL bad news. As team Bey assured us, “Goldenvoice and Parkwood are pleased to confirm that she will be a headliner at the 2018 festival. Thank you for your understanding.” So, we’ll still be seeing Beyoncé headline Coachella — we’ll just have to wait until next year.

Fans, obviously, are freaking out…

Ppl who bought tix to see #Beyonce perform at #coachella this year 👀 pic.twitter.com/VhNhhdGyUV

When you heard that #Beyoncé won't be performing at this year's #Coachella 😅 pic.twitter.com/leutSheGUF

Trying to sell your #Coachella ticket because #Beyonce pulled out… pic.twitter.com/iY5ltUTfrv

…and honestly, we can’t say we blame them. We’re totally bummed too! But, health comes first, so we also kind of get it. Sorry, hive… it’s gonna be a long year!

Are you surprised that Beyoncé has cancelled her Coachella performance or were you expecting it? Let us know @BritandCo!

Desiree O
Desirée O is a ‘Professional Bohemian’ who loves anything and everything related to the arts, entertainment, and pop culture. She ADORES being a ‘Newsy’ for Brit + Co, covering all of the latest tidbits of awesomeness that you want to read about. When she’s not writing, she’s either making messy art, going on long adventurous walks with her camera, or poking around over at bohemianizm (http://www.bohemianizm.com/). You can find out about Desirée O and her work at http://DesireeO.com/ or follow her on Twitter @DesireeO.
Beyonce
Pop Culture
Beyonce Coachella
More From Pop Culture