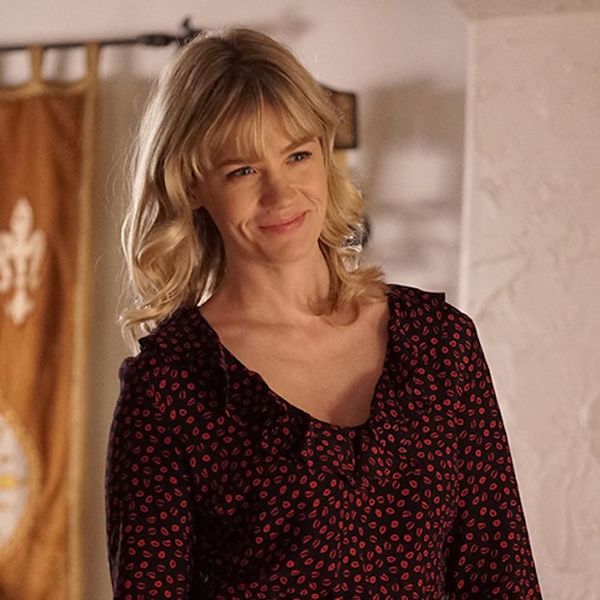 Not every post-apocalyptic story has to be depressing. The Last Man on Earth presents a future where only a handful of survivors are left in North America after a virus strikes. That’s pretty grim, but the show consistently manages to stay comedic — and decidedly not dystopian. Sunday’s episode, “Release the Hounds,” continued the show’s story line about a tricky issue: whether the remaining adults will have children. It’s a valid question, and The Last Man on Earth took a refreshingly empowering stance.

The Last Man on Earth’s baby-fever discussion also presents a stark contrast to another popular TV show about repopulation. In The Handmaid’s Tale, the birth rate has declined to the point where women who’ve had children (and are thus known to be fertile) are forced to carry children for other people, against their will. Ostensibly, it’s regarded as an honor and an important duty. In reality, it strips them of their personhood.

The Handmaid’s Tale exists in a time where population decline is so dire that people are trying to steal babies from hospital wings. The methods are barbaric, but adoption and fertility treatments don’t appear to be options in Gilead, so the society has turned to using the so-called handmaids to ensure that there is a next generation.

On The Last Man on Earth, the experience is just the opposite. When January Jones’ character, Melissa, decides that she doesn’t want to have a child, the rest of the group respects her decision instantly. Despite the fact that the only three babies born in the post-virus world are biologically female, no one tries to convince Melissa that she needs to have a child for the future good. Instead, the episode focuses largely on Todd, Melissa’s husband, and his disappointment over potentially not being able to become a father. For a few minutes, one could even forget the tragic future the story is taking place in, and see Todd and Melissa’s disagreement as one that a typical couple might have, minus the everyone-is-dead setting.

Without even addressing it directly, The Last Man on Earth presented a post-apocalyptic future where women still have complete agency over their own bodies and decisions. Yes, it would help the group repopulate the area if they kept having more babies. But it’s still each woman’s decision whether she wants to have children, no matter what the surrounding circumstances are. The fact that the group respects that presents a nice beacon of hope, especially compared with the gloomy future depicted in The Handmaid’s Tale. Wherever the United States is headed, it’s nice to see at least one fictional future that’s not all doom and gloom.

Meghan DeMaria
Meghan is a freelance journalist based in New York City. She is obsessed with TV, especially sitcoms. She's previously worked at Refinery29 and TheWeek.com and has written for Bustle, Women's Health, and more. When she's not writing, Meghan can be found looking for the best pulled pork New York has to offer.
TV
TV
TV