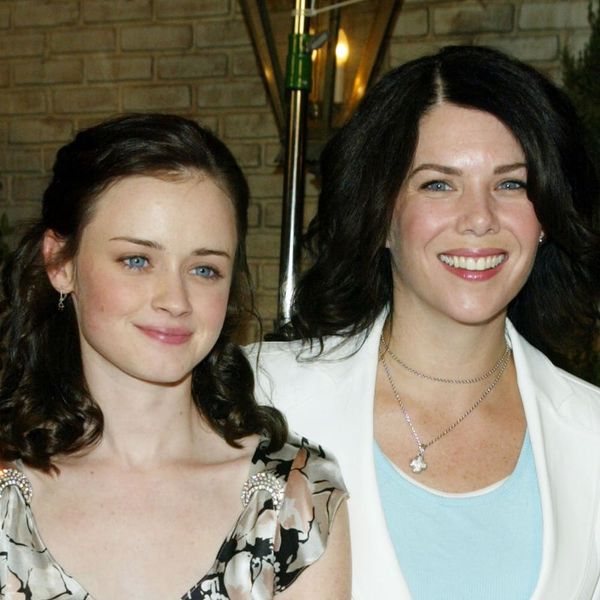 Gilmore Girls fans were pretty bummed to learn that Netflix’s reboot of the show, A Year in the Life,didn’t receive any Emmy nominations earlier this year. It wasn’t all bad news, though: Some of its stars did manage to nab noms for other projects. This Sunday, for instance, Milo Ventimiglia is up for Best Actor in a Drama Series for his role as Jack Pearson in This Is Us, and at Sunday’s Creative Arts Emmy Awards gala, both Melissa McCarthy and Alexis Bledel took home some new hardware for their roles in Saturday Night Live and The Handmaid’s Tale.

No one was more proud than their Gilmore Girls‘ co-star, Lauren Graham, who took to Twitter to congratulate her TV daughter.

THIS IS SO AWESOME.
Congratulations and love!
xL https://t.co/gIra0Z09sB

“THIS IS SO AWESOME,” Graham tweeted in all-caps message out of excitement along with a link to the news. “Congratulations and love!,” she continued, before signing off with a simple and sweet “xL.”

The win was a first for Bledel, who was up against some pretty stiff competition in her Outstanding Guest Actress in a Drama Series category, including OITNB‘s Laverne Cox and How to Get Away With Murder‘s Cicely Tyson.

Considering the pair spent seven seasons playing a super-close mother and daughter duo in addition to their four feature-length Netflix episodes in fall 2016, we’re not surprised to see the 50-year-old being so supportive of the younger actress, but it warms our hearts, just the same.

Do you hope we get more new Gilmore Girls episodes? Let us know over @BritandCo!