Gilmore Girls: A Year in the Life Was Snubbed by the Emmys BUT It’s Not All Bad News 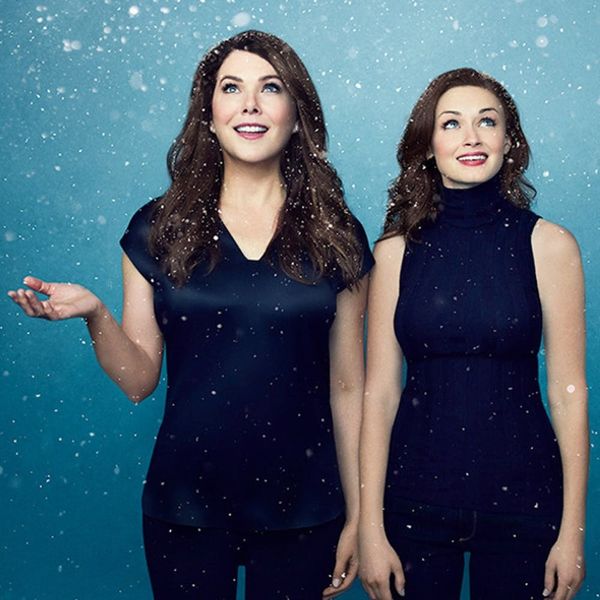 There are plenty of reasons to be downright giddy over today’s 2017 Emmy nominations — Reese Witherspoon, Donald Glover, and Unbreakable Kimmy Schmidt, to name a few.Gilmore Girls fans might have noticed, though, that A Year in the Life received ZERO recognition (ouch!). Fortunately, you can ease that disappointment with the knowledge that two of GG’s stars will be heading to the Emmys anyway.

Milo Ventimiglia nabbed a nomination for Best Actor in a Drama Series for This Is Us, which should be no surprise to anyone who has fallen in love with (and had their heart broken by) his character Jack Pearson. And while his return as Gilmore Girls’ Jess Mariano may not have been enough to earn an Emmy nom, we’re glad to see him getting some recognition in one way or another.

The race for an Emmy won’t be an easy one, though, as Ventimiglia will be going up against his This Is Us costar Sterling K. Brown, along with Anthony Hopkins (Westworld), Bob Odenkirk (Better Call Saul), Matthew Rhys (The Americans), Liev Schreiber (Ray Donovan), and, perhaps most intimidatingly, Kevin Spacey (House of Cards).

Of course, Ventimiglia isn’t the only Gilmore Girls star who scored an Emmy nomination. Rory Gilmore herself, Alexis Bledel, earned a spot in the Outstanding Guest Actress in a Drama Series category for her work on The Handmaid’s Tale, which is also up for Outstanding Drama Series.

With the Hulu series facing its own stiff competition — going up against Better Call Saul, The Crown, House of Cards, Stranger Things, Westworld, and (yep, you guessed it!) This Is Us — this is another category that’s not so cut and dry.

Frankly, though, we’re more focused on Ventimiglia and Bledel at the moment. Congrats, you two!

Are you excited to watch Alexis Bledel and Milo Ventimiglia at the Emmys this year? Let us know @BritandCo!

Desiree O
Desirée O is a ‘Professional Bohemian’ who loves anything and everything related to the arts, entertainment, and pop culture. She ADORES being a ‘Newsy’ for Brit + Co, covering all of the latest tidbits of awesomeness that you want to read about. When she’s not writing, she’s either making messy art, going on long adventurous walks with her camera, or poking around over at bohemianizm (http://www.bohemianizm.com/). You can find out about Desirée O and her work at http://DesireeO.com/ or follow her on Twitter @DesireeO.
Gilmore Girls
TV
Gilmore Girls
More From TV