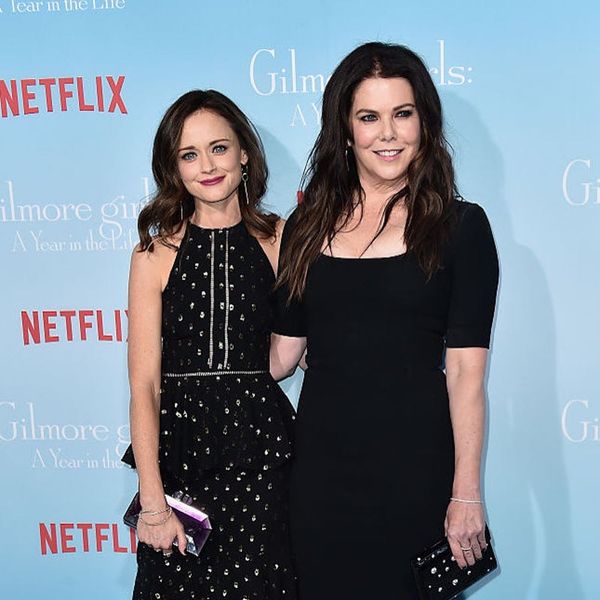 Happy Monday! From some super promising Gilmore Girls news to a really relatable Katy Perry moment, check out six of today’s top news stories that you’ll be chatting about all day, below.

1. Is there any better news that you could possibly start your week with?! After binging all of Gilmore Girls: A Year in the Life on Netflix back in the fall, fans were left with one question. Who was the father of Rory’s baby?! Okay, fine, we were left with a bunch of questions, one of which of course being whether or not there would be more episodes (even though we were always pretty sure that would happen). Though the talks of new eps are said to be “very preliminary” at this time, Netflix chief content officer, Ted Sarandos, told the UK Press Association that they ARE happening. “The worst thing is to wait a couple of years for your favorite show to come back and for it to disappoint you, but they sure delivered,” he said (very accurately, we might add). “And people were really excited about more, and we have been talking to them about the possibility of that.” (h/t Variety, photo via Alberto E. Rodriguez/Getty)

2. Katy Perry walking the iHeartRadio Music Awards red carpet with quinoa in her teeth is all of us. A newly single Perry and her feisty new ‘do looked stunning on the iHeartRadio Music Awards last night, but one detail really brought her bold look right back down to earth — she had a bunch of quinoa stuck in her teeth. “Currently taking applications for real friends who aren’t afraid to tell me there’s quinoa in my teeth,” she wrote on Instagram, along with a closeup of the leftovers seen in her smile. Honestly Katy, been there.

The PM, his wife and the writer who never worked out a good camera face. #rednosedayactually pic.twitter.com/TT0pZB5p2P

3. The first pics of Hugh Grant’s return as Prime Minister in the Love Actually mini-sequel will give you all the feels. Having already seen pics of some of the cast returning to film the short movie, we had one question: Where was Hugh?! Producer Emma Freud heard our cries and has shared pics of Mr. PM and — yep — his wife (still married!), Natalie (Martine McCutcheon), looking as lovely as ever.

4. The music video for Ariana Grande and John Legend’s “Beauty and the Beast” is here and it is MAGICAL. Not only do we finally get the full song, but we get to revel in the dreamy video — seriously, check out that dress on Grande. Now hit replay again.

5. RED ALERT: Ryan Reynolds’ butt appears in the new Deadpool trailer. Oh, yes, also, there is a new Deadpool trailer. Wade Wilson is as ~cheeky~ as ever in this nearly four-minute look at the new flick, which also features a release date tease (“not soon enough”), and a shout-out to Reynolds’ wife Blake Lively in the video description, which reads, “Wade and the other girls from the Sisterhood of the Traveling Pants plan a trip to Cabot Cove.” Non-stop jokes over here.

6. Quote of the day: “Anyone that is treating you unkindly, it’s only because they are afraid or they have been taught to be afraid of how important you are. Because being different means you make a difference. So, f**k ’em.” Justin Timberlake shared an important message with his fans while accepting his Best Song award for “Can’t Stop the Feeling.”

What did you think of Justin Timberlake’s message? Let us know @BritandCo!